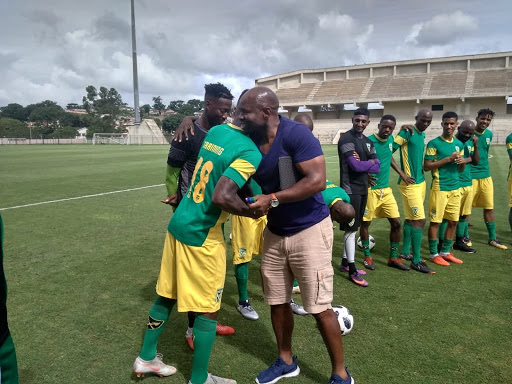 The Nedbank Cup presents Golden Arrows mentor Steve Komphela with yet another opportunity for silverware as he still searches for his maiden trophy nearly 17 years into his coaching career.

The Abafana Bes'thende trainer has reached three cup finals as a coach.

Arrows themselves are as desperate for a cup as their coach. The KwaZulu-Natal club have only one competitive trophy, the MTN8, which they won in 2009 by demolishing Ajax Cape Town 6-0 at Orlando Stadium.

Steve Komphela is heading back to Bloemfontein Celtic this Sunday just weeks after leaving the club with a scathing indictment of their modus ...
Sport
3 years ago

While Komphela was still away after attending Bafana Bafana legend Phil "Chippa" Masinga's memorial services in Soweto on Monday, it was his deputy Mandla Ncikazi who oversaw the club's preparations for the Tjakastad clash yesterday.

"We have a responsibility to perform as a club and play this game against Tjakastad as if it's the last game of the competition. We want to do well and perform in this cup competition," Ncikazi said.

"We know little about our opponents [Tjakastad] but we predict they are a disciplined and a determined team."