Zesco coach won't turn down chance to move to SA 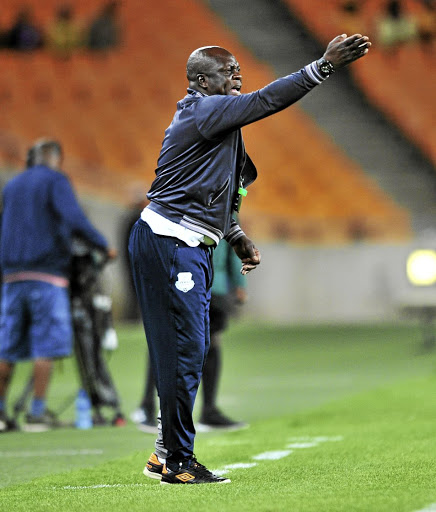 Zesco United coach George Lwandamina has admitted that he can't let an opportunity to coach in the Premier Soccer League (PSL) slip through his fingers.

Chuffed after beating Kaizer Chiefs 2-1 to progress to the group stages of the CAF Confederation Cup at FNB Stadium on Saturday night, Lwandamina did not beat about the bush about his ambitions of coaching in SA.

"There are jobs here [in the PSL]. If I get an offer I would definitely take it up. Who does not acknowledge the fact that money attracts everyone [insinuating the PSL was affluent]? I am committed to Zesco but ambitions are there to coach in PSL," said Lwandamina.

Should the Zesco coach end up in the PSL, he would join his compatriot Wedson Nyirenda, currently coaching Baroka.

The 55-year-old Lwandamina, a former Zambian national team mentor, has highlighted how their dominant display against Amakhosi was orchestrated.

"We knew that our friends [Chiefs] have more experienced and very fast players, so we just divided the team into two units. The first unit was six players who did the defensive work and the other unit was four players. they worked in attack," said the Zesco mentor.

"We knew they would leave spaces behind because they wanted this game so much and they left spaces behind.we just utilised spaces; that's all."

It was Zesco's first win on SA soil. The reigning Zambian champions played a goalless draw against SuperSport United in the same competition in 2015, before losing 2-0 to Mamelodi Sundowns in Champions League semifinal in 2016.

"This win was important. In this tournament you do not choose who to play.

Playing against bigger teams is a challenge, but on the other part, it's a huge motivating factor which motivates both players and the coaches," noted Lwandamina.