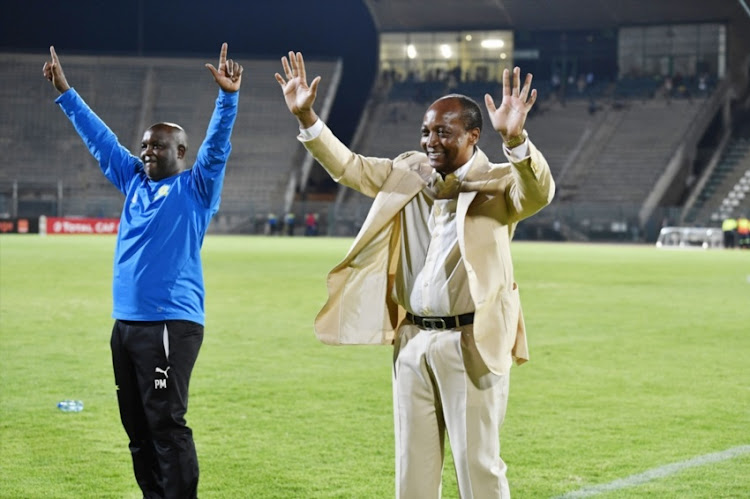 Mamelodi Sundowns coach Pitso Mosimane says he expected the Champions League showdown against Moroccan side Wydad Casablanca to be a highly charged affair and the match lived up to his expectations at the Lucas Moripe Stadium on Saturday night.

The Brazilians won the match 2-1 courtesy of a brace from Themba Zwane but it was marked by emotions and tension between the two sides.

“Unfortunately when we played them here last year we made mistakes‚ but this time we had ink in our system‚" he said.

"The mentality was very good.

"We played the way they always play at home and let’s be honest‚ we were the better team on the pitch.

"To be honest‚ the score is not a true reflection of the game because we had so many opportunities to seal it and I was not happy because I knew it could come back to bite us.

The win enabled the Brazilians to get their Champions League campaign back on track after a poor start to the group stages that saw them let a lead slip to lose 2-1 to Lobi Stars of Nigeria at the Nnamdi Azikiwe Stadium in Enugu last week.

Irate Mamelodi Sundowns coach Pitso Mosimane has fired a salvo at Moroccan side Wydad Casablanca and accused the visitors of trying to intimidate the ...
Sport
3 years ago

“We want nice football to get people to the stadium and also to watch on television but the Champions League sometimes is not about nice football‚" Mosimane said.

"Guys are maturing‚ they played this game the way it was supposed to be played and it is about results.

"We scored two goals and it could have been different.

"But it also shows the quality of Wydad because they scored from nowhere.

"It is not the same game you saw against Maritzburg and I am sure you know what is going to happen to us when we go to Morocco and it is the last match but we are ready for that.

"Hopefully we don’t go to Morocco needing to win.”