Safa payments to unhappy Banyana have been settled 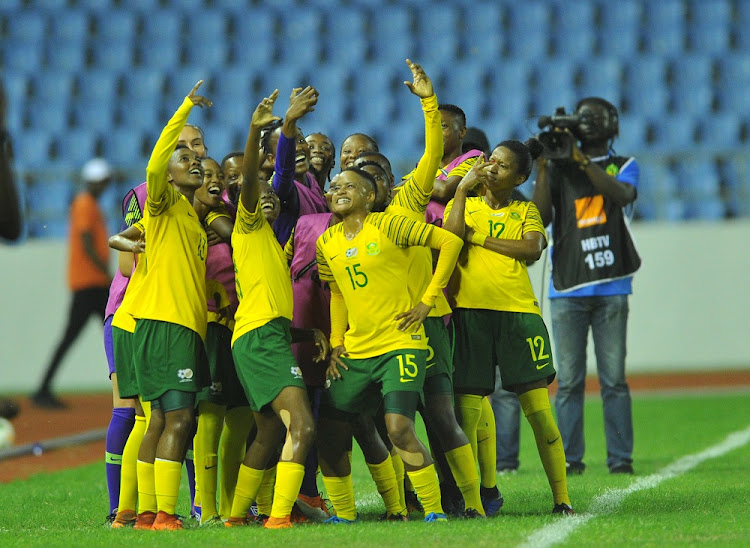 South African Football Association (Safa) CEO Russell Paul says the issues around outstanding bonus payments to Banyana Banyana players that had threatened to derail preparations for the high-profile internationals against Netherlands and Sweden have been settled.

Banyana players were reportedly unhappy that they had only been paid a portion of their R2.4-million bonus for finishing second at the Africa Women’s Cup of Nations (Afcon) in Ghana late last year‚ saying they felt disrespected at a lack of communication from the national association.

However‚ Paul said: “There has been some mischievous speculation around Banyana Banyana and their so-called discord in the camp around payments.

“We made a firm commitment to the players prior to them leaving for Ghana with regards bonuses and we agreed on numbers. We stuck to that commitment and produced a cheque for them‚ in conjunction with [sponsor] Sasol‚ when they arrived home at the airport.

“They got a part-payment of that‚ then due to our offices being closed over the festive season there was a delay in the balance of the payment from our side.

“The players showed some displeasure around this‚ we listened and we made the commitment to pay by February 15. The players obviously would have liked it earlier‚ and in fact I can confirm that the payment will in fact be made today [Friday].”

Paul praised the players for the way they handled their displeasure and committed to handle issues of communication better in the future.

“We are extremely proud of the girls and the way they have conducted themselves. They could have undertaken action that is unbecoming of a national side.

“Our responsibility is to make sure that we provide structure to what people can expect.”

Striker Jermaine Seoposenwe admitted the players were deeply unhappy at the delay in the balance of the bonus payment‚ but said the matter is now behind them.

“There was a large amount of unhappiness due to the late payment. We felt disrespected as players as there was no communication‚” Seoposenwe said.

“As players we don’t want to go into games of this magnitude with unhappiness.”

The forward knocked back suggestions that the players were ready to go on strike over the issue‚ though.

“When we came together as a team‚ it [the issue] was vented. But there wasn’t a plan to say we would not do anything.

“We said‚ let’s go and speak to the team manager as we are professionals‚ let’s treat this in a professional manner. Because she was so swift to get Mr Russel in‚ [and] we did not get to the point where we felt we needed to take other action.”

African Women’s Player of the Year Thembi Kgatlana said better communication between the association and the players was needed in future.

“We felt disrespected‚ but we were happy that the CEO came to see us as soon as we spoke to the manager and we were pleased with the assurances he gave us.

“Communication would have helped to put us at ease before we came to camp though and moving forward that is something that needs to be better.”

Banyana take on the Netherlands on Saturday afternoon and Sweden on Tuesday in matches that will both be played at the Cape Town Stadium.

All three sides are headed to the Fifa Women’s World Cup in France in June-July‚ so the games provide vital preparation ahead of the global showpiece event.