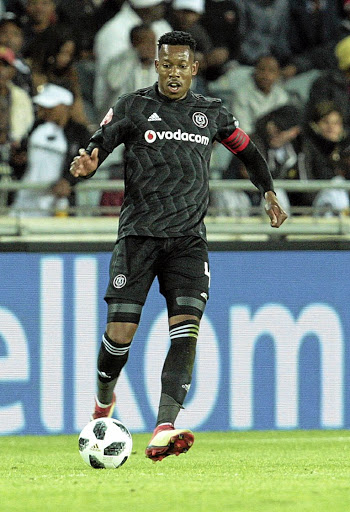 Pirates skipper Happy Jele is fired up for the visit of Horoya.
Image: Veli Nhlapo

Orlando Pirates' opponents Horoya have proved to be a tough nut to crack in matches against South African opposition, but the Buccaneers are unbeaten at home in the CAF Champions League for the past 10 matches.

Bucs meet the Guineans in the second match of the group stage, with all sides in Group B on one point. Pirates earned their point with a goalless draw against FC Platinum of Zimbabwe in Bulawayo last weekend. Horoya were held to a 1-1 draw by the champions, Tunisia's Esperance, at home.

But perhaps what's even more relevant to Pirates is Horoya's past matches against SA teams. When Horoya met SuperSport United in the group stage of the CAF Confederation Cup two years ago, both matches were drawn (0-0 and 2-2). SuperSport, though, eventually reached the final and lost to TP Mazembe.

Horoya also met Sundowns in the group stage of the Champions League with both matches ending in draws, also 0-0 and 2-2. As a result, Sundowns finished third and were knocked out, while Horoya, who finished second behind Wydad Casablanca, progressed.

"We are ready for anything that football can bring in front of us," stated Sredojevic before the team's training at the match venue yesterday. "We want to represent the country in the best possible way."

Meanwhile, the team's skipper Happy Jele knows what it means to go far in this competition having been part of the Pirates side that reached the 2013 decider and lost to Egyptian powerhouse Al Ahly.

"I need to motivate the guys so they can work hard for the team," Jele commented.

Pirates' last home defeat in the Champions League was a 3-1 loss to Angola's Recreativo do Libolo in the preliminary round in Port Elizabeth in 2012.

"I think it's a good record for the team and now the most important thing is to win this game and try to reach the next stage [the quarterfinals]," Jele added.