MDC title is for Celtic, City to lose 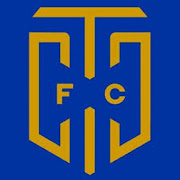 Image: stock The MDC championship title has Bloemfontein Celtic and Cape Town City both vying for it.

Mathematically, about five teams can still challenge for the MDC title with four games to spare.

But realistically, the championship is for either City or Celtic to lose. Interestingly, the joint leaders still have to play each other.

"I think winning two of our last four games will be enough [to win the title]. It's a blessing that our next match [tomorrow] against Baroka is at home, we should capitalise," said Lovell.

"After Baroka we travel to Celtic. it will be one of our most important games thus far. But again, I do not see it as a title decider because we do not know what will happen this weekend."

Teams like third-placed Polokwane City, who are only a point adrift of the leaders and Free State Stars (in fourth), are more than capable of staging an upset in the run-in for the title. Ea Lla Koto are three points behind the leaders.

SuperSport United and Bidvest Wits are level on 19 points, sitting in the fifth and sixth spots, respectively.

These two Gauteng clubs are mathematically still capable of winning their maiden MDC title, but it would take more than a miracle.

Both Soweto giants Kaizer Chiefs and Orlando Pirates have no realistic chance. Amakhosi are eighth on the table on 15 points, a point ahead of 10th-placed Bucs.