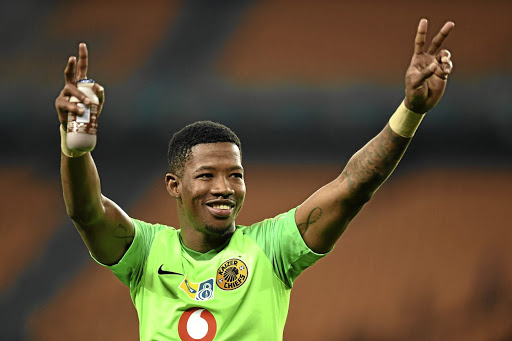 It'll be a mountain to climb for Kaizer Chiefs as they welcome Zesco United for the second leg of their CAF Confederation Cup play-off round at FNB Stadium tomorrow (8pm), but the Amakhosi camp remains upbeat.

Chiefs are trailing 3-1 to the Zambians from the first leg played in Ndola, Zambia's third largest city, last weekend.

Amakhosi need two goals and to keep a clean sheet to progress to the group stage, and the team's goalkeeper Virgil Vries believes they are more than capable of stopping the likes of Lazarus Kambole this time.

"For us, the most important thing is to keep a clean sheet. The longer we keep a clean sheet, the better our chances of winning, because we can create the chances and score... we have to go back to the games where we had clean sheets and apply the same principles," Vries said from the club's base in Naturena, Johannesburg, yesterday.

Chiefs have conceded seven goals in their last five matches, most notably when they lost
2-1 to Mamelodi Sundowns earlier this month, and it was Vries's howler that led to Lebohang Maboe's goal.

The Namibian recovered with a clean sheet in the 2-0 win over Bidvest Wits and showed some moments of brilliance at times, and even though he conceded three against Zesco and two more against AmaZulu, he's been decent in goal.

"I had the opportunity to go back to look at the (video) clip. I had a choice to see my mistake and learn from it or go back to my shell, forgetting the purpose I'm here [in SA] for."

This is the kind of approach Chiefs should have against Zesco - to be positive and hopeful that they can turn it all around in this tie.

It's the responsibility that will fall on experienced campaigners like Willard Katsande to ensure a good result, and the Zimbabwean is relishing the challenge.

Chiefs, to their credit, have scored 14 goals in seven matches since Ernst Middendorp took over from Giovanni Solinas.