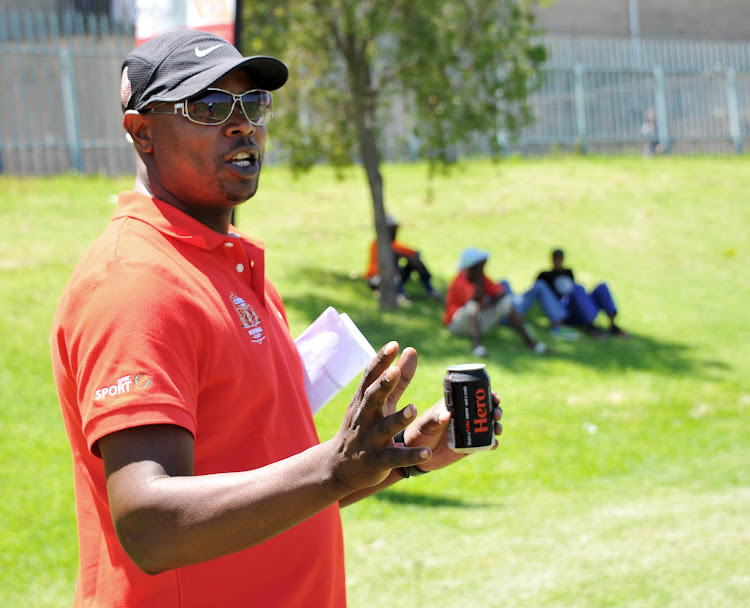 Former Bafana Bafana coach Stanley "Screamer" Tshabalala remembers Philemon “Chippa” Masinga “as a quiet boy” who did most of his talking on the field of play.

Masinga died aged 49 at a Johannesburg private hospital on Sunday‚ and Tshabalala‚ who coached at Bafana in 1992‚ said the big striker should be remembered for his bravery on and off the pitch.

“Phil must be remembered for his big heart‚” said Tshabalala‚ who was beaten by Jomo Cosmos boss Jomo Sono for the signature of the young Masinga when he wanted sign him for Mamelodi Sundowns in the late 1980s.

Tshabalala did‚ however‚ give Masinga his debut at Bafana when he featured in the national team’s first international friendly match against Cameroon on July 7‚ 1992 in Durban.

Masinga later joined Sundowns in 1991‚ staying their until he joined Leeds United in 1994‚ playing 108 games for the Brazilians and scoring 98 goals‚ the most for all seven professional teams the Bafana striker played for.

“Even when things didn’t go his way‚ Phil always believed that his talent would speak volumes for him‚” Tshabalala said.

“He remained strong against those who used boo him when he missed some of the chances.

“Strikers should take a leaf from him that even when things are not going your way‚ you shouldn’t give up.

Tshabalala‚ now a Orlando Pirates’ technical director‚ revealed that he was planning to go and visit Masinga in hospital but a few hours before he did that he had heard that the ex-player had passed on.

“I wanted to visit him after our [Pirates’] game against Platinum FC in Zimbabwe but when we landed back I was told he’d passed on‚” said Tshabalala about Masinga whose only regret was not to play for Pirates‚ the team he supported.

“He did mention that he wanted to play for Pirates but sometimes these things happen and sometimes they don’t‚” Tshabalala said.

“I know that he supported Pirates and he was at our game against Free State Stars at Goble Park [on December 11].

“Jokingly I said to him‚ ‘Eish‚ we want a player like you we are going to pass to‚ to head in our crosses.

“He laughed at me and said he thought he wanted to play for Pirates but it didn’t happen.

“That was the last time I saw him.”

Tshabalala confirmed that there will be a moment of silence for Masinga when Pirates host Horoya AC of Guinea in their Caf Champions League group match at Orlando Stadium at 6pm on Friday.

Masinga will be laid to rest on Thursday at the Klerksdorp Stadium and is expected to be given a provincial funeral by the North West provincial government.

A memorial service will be held at the Grace Bible Church in Pimville‚ Soweto‚ on Monday and another one will be at Khuma Stadium in Stillfontein in Klerksdorp on Tuesday.