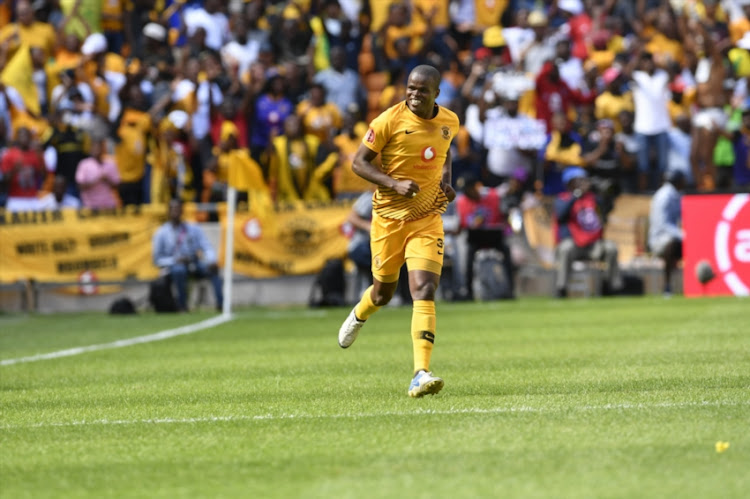 A 3-1 deficit from the first leg might seem a mountain to climb but Kaizer Chiefs' competitive captain Willard Katsande is not giving up‚ and believes there are a few factors that can give his team a fighting chance against Zesco United.

Chiefs might have conceded a few too many goals in the away leg in Ndola last Saturday of their Caf Confederation Cup playoff round tie - the final stage before the group phase.

But Katsande believes Amakhosi's strong attack‚ confidence from a solid midweek league win against AmaZulu‚ and the away goal they scored in Zambia mean Chiefs have a chance in the second leg at FNB Stadium on Saturday night (kickoff 8pm).

"To score away is very important‚ although we didn't want to lose‚" Amakhosi's murderously competitive defensive midfielder said on Thursday.

"We are capable of scoring come Saturday. And we need to do well in this tournament - which we even spoke about before the start of the season.

"So everybody is very aware that we need to turn the tables. It looks difficult‚ but come Saturday we need to prove that we can change the situation.

"In Africa‚ if you score a goal away it's a plus for you. We need to try to keep a clean sheet. Because we are capable of scoring two goals per game.

"We just need to be patient and stick to our gameplan."

Chiefs have hardly had problems creating and scoring chances this season‚ which they showed again with their 3-2 Absa Premiership win against AmaZulu in Umlazi on Wednesday night.

Katsande said a first win for any PSL team in Durban - Amakhosi's second victory away in the league in succession after beating Bidvest Wits 2-0 - would further boost their confidence ahead meeting Zesco.

"Going into a match on the weekend we also need to be more attacking to get the result‚" he said.

"At the same time we need to be careful because we are playing against a good team.

"But we can get the result we want‚ if we apply ourselves. Even in the game in Zambia we created quite a number of chances.

"The game should have been a draw or win."

Zesco entered the Confederation Cup as losing first round competitors in the Caf Champions League.