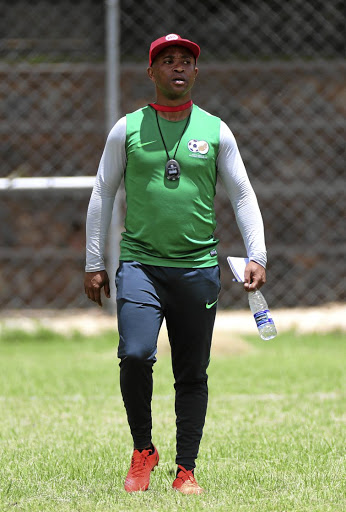 Amajita coach Thabo Senong is prepared for any eventualities as some overseas clubs seem reluctant to release players for the upcoming U-20 Africa Cup of Nations.

"The other players, we are still waiting for clubs to respond, but locally all the clubs have responded positively. Overseas it's still a challenge," said Senong at Amajita's media open day at Nike Centre in Soweto yesterday.

"Maybe they [European clubs who have not released their players] do not really see the importance of this tournament. But I have no doubt that any XI that can be selected [from the players already in camp] can actually do the job. I have so much faith in these boys."

Bradley Cross (Schalke, Germany), Tashreeq Mathews (Utrecht, Netherlands), Lyle Foster (Monaco, France) and Siphephelo Sithole (Belenenses, Portugal) have not been given the go-ahead by their clubs to report for camp.

Nevertheless, all local clubs have agreed to give Senong players for this biennial continental showpiece that will be hosted by Niger from February 2-17. SA are in Group A alongside hosts Niger, Nigeria and Burundi.

"Twenty-seven players have reported for camp. We are expecting another two players tomorrow [today]. Sibusiso Mabiliso [of AmaZulu] is playing his final game against Chiefs and Leshabela from Leicester also, he had to honour his final U-23 game as well," noted Senong.

Yesterday Amajita travelled to Mpumalanga to continue with their programme to get ready for Afcon. As part of their preparations, Senong's charges will clash Mozambican club Costa do Sol on Saturday. Top four finishers in Niger will represent Africa at the Fifa U-20 World Cup set to take place in Poland in May.