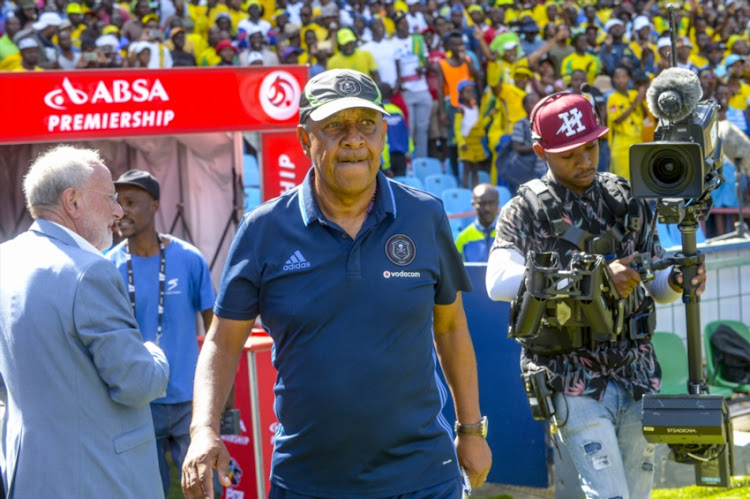 South Africa only recognises its football legends when they die‚ Orlando Pirates’ head of youth Augusto Palacios has said in response to the death of Bafana Bafana star Philemon “Chippa” Masinga.

Palacios was one of the original Bafana coaches after South Africa’s readmission to international sport‚ from 1992 to 1994.

Asked about 1996 Africa Cup of Nations-winner Masinga’s death at 49 on Sunday‚ Palacios lamented the lack of recognition South Africa gives to its best past players and football legends.

“I think we lost somebody very passionate about football‚” Palacios said on Wednesday.

“I coached Bafana Bafana from 1992‚ and he was one of the key strikers for me.

“But what I say is the pain for me is that people are only remembering Philemon now. Because we did not recognise him in the time that he was alive.

“Too many players are not recognised by their clubs‚ or by the national team – only when they died. Sizwe Motaung‚ Shoes Moshoeu and now Phil Masinga.

“And this is something that we need to correct in South Africa. It does not happen overseas.

“There are testimonial games for players from their clubs or national team.”

Ex-Jomo Cosmos‚ Mamelodi Sundowns‚ Leeds United and Bari centre-forward Masinga‚ at the time of his death‚ was involved in the SA Masters and Legends organisation‚ and in 2018 unsuccessfully ran for a place on the SA Football Association’s executive.

Palacios said Masinga should have had a role as a finishing and strikers’ coach.

“Phil Masinga was one of the players who I always advised to approach clubs to do clinics with strikers‚” Pirates’ head of youth said.

“Because we don’t do that in this country. You look at teams like Real Madrid‚ Barcelona or Argentina – a top goals-scorer like Gabriel Batistuta is training the next strikers.

“Today we can cry and say many things. But we need to do the correct things.

“For me‚ to be honest with you‚ the memorial service means nothing.

“For me‚ let’s recognise our players in the right time‚ not when it’s too late to recognise them.”

Masinga was Bafana’s fifth-highest goal-scorer‚ with 18 goals in 58 caps‚ even though international football came late in his career.