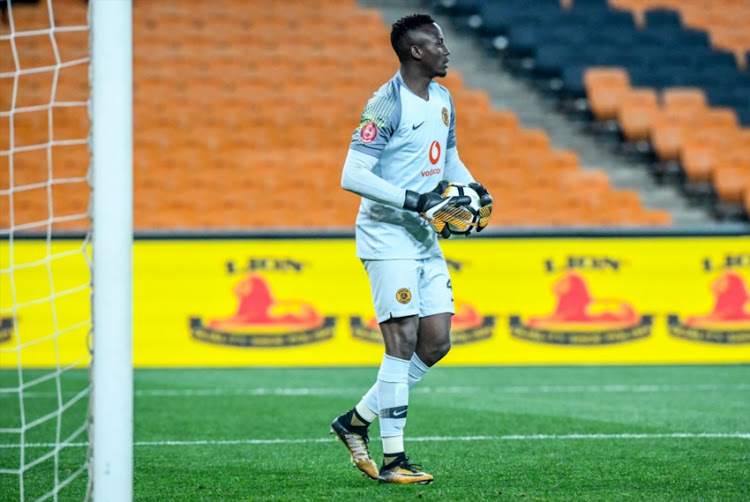 Kaizer Chiefs coach Ernst Middendorp has said he was impressed with Amakhosi's reserve goalkeeper Bruce Bvuma in a friendly against Werder Bremen‚ suggesting the club will not delve into the transfer market for added cover for injured Itumeleng Khune.

Speculation has been that‚ with Bafana Bafana No 1 Khune potentially out for the rest of the season with a shoulder injury‚ Chiefs might aim to sign a goalkeeper in the January transfer window.

Asked about the keeper situation Middendorp‚ seemed to suggest he was satisfied with the cover Bvuma could provide for Vries.

Bvuma played the first two quarters of 25 minutes of Chiefs' closed-doors friendly against winter touring Bundesliga team Bremen last Sunday‚ where Amakhosi were 1-0 down before a storm ruled out the second two quarters.

"With what I saw on Sunday I must say I was very impressed with Bruce. I hadn't seen him really before‚ except in training and sometimes I was thinking‚ 'Oh‚ is this enough'‚" Middendorp said.

"But in the match on the weekend in the 50 minutes that he played it really gave me peace that we have another quality player."

Bvuma will have travelled with Chiefs for Sunday afternoon's Caf Confederation Cup playoff round (final round before the group stage) first leg match against Zesco United at Levy Mwanawasa Stadium in Ndola Zambia (kickoff 3pm).

Continental football is as much about mental toughness and attitude as ability.

Middendorp was asked if he feels his squad at Chiefs have that.

"I have played Champions League qualification stages with Asante Kotoko. With Hearts of Oak Accra I was with them in the group stage‚ when they went on to win it later‚" he said.

"So‚ I think actually these kinds of players we have‚ with a good attitude and behaviour‚ and a willingness to do stuff right – what we are talking about and doing during the week – ja‚ absolutely."

The second leg against Zesco will be played at FNB Stadium on Saturday at 8pm.