Ndengane thought a transfer to Orlando Pirates would never happen 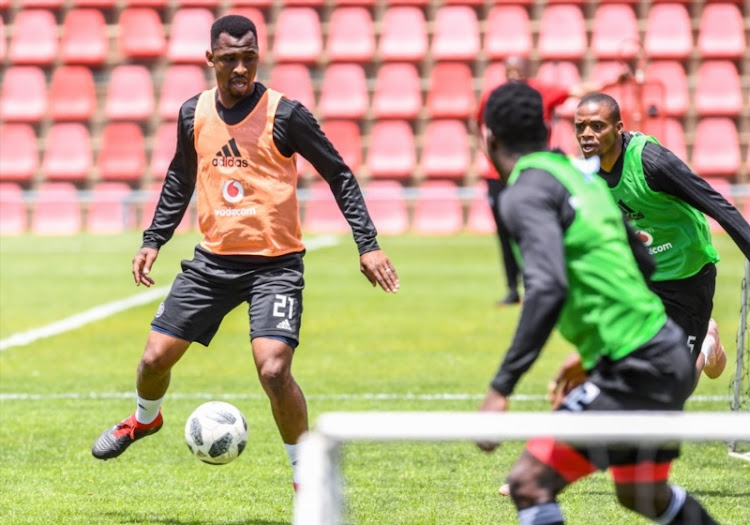 Alfred Ndengane has said that he almost gave up on his transfer to Orlando Pirates ever happening‚ the Buccaneers’ new centreback has said.

The tough-tackling defender is one of the players Pirates registered in November for the Caf Champions League‚ where Bucs return to the group stage for the first time since reaching the final in 2013 when they meet FC Platinum of Zimbabwe at Barbourfields Stadium in Bulawayo on Saturday (kickoff 3pm).

Ndengane has revealed that Pirates had shown an interest in signing him for three years‚ but a deal never materialised‚ until finally the defender managed to negotiate a release from his contract from troubled Bloemfontein Celtic in September.

He was snapped up by the Buccaneers‚ though‚ having left Celtic outside the transfer window‚ could only be registered for the Soweto giants this month when the January transfer period opened.

Kudakwashe Mahachi fired Orlando Pirates to a pulsating 4-2 victory over relegation-threatened Chippa United to cut Bidvest Wits's lead at the top of ...
Sport
3 years ago

“The club has been interested in me for some time now – maybe two to three seasons‚ but for whatever reason the deal never happened. To be honest‚ I thought it would never happen‚” Ndengane said.

“But look where I am now. I am here and I am pleased to be part of such a big institution.”

Ndengane finally made his Pirates debut‚ impressing with his no-nonsense‚ no-frills approach‚ in Bucs’ 4-2 Absa Premiership win against Chippa United at Orlando Stadium on Tuesday night.

“Initially it was frustrating because it is every player’s dream to play. Nobody wants to sit on the sidelines for whatever reason but it was also my reality‚” he said.

“After eventually coming to terms with the reality of my situation‚ I decided to make use of the time to familiarise myself with my new surroundings.

“The support I received from my teammates‚ the coaches and even from management was pivotal and encouraged me to be more patient and wait my turn.

“My family have also been very supportive. Without them I don’t think that I would have been able to deal with the situation of not playing.”

Orlando Pirates can finally unleash new centreback signing Alfred Ndengane‚ the Soweto giants have confirmed on the New Years day opening of the ...
Sport
3 years ago

Platinum negotiated past Madagascar’s CNaPS Sport 2-1 on aggregate and Congo’s AS Otoho on away goals.

South Africa’s other club in the Champions League‚ Mamelodi Sundowns‚ lost 2-1 against Nigeria’s Lobi Stars away at the start of their Group A campaign on Friday.

Kaizer Chiefs meet Zesco United at Levy Mwanawasa Stadium in Ndola‚ Zambia in the first leg of their playoff round – the final stage before the group phase – match on Sunday (kickoff 3pm).