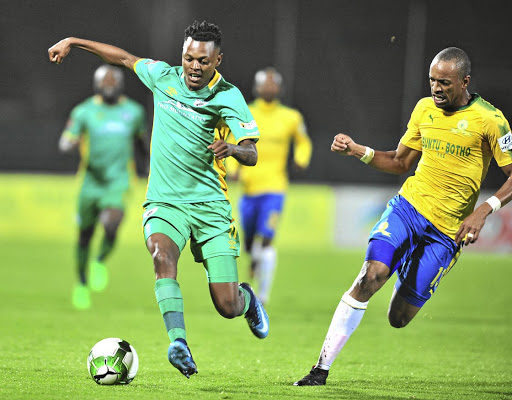 Winger Richard Matloga is the latest player to leave Baroka in what is turning out to be a mass exodus at the Limpopo club.

Moseki has since joined National First Division side TS Sporting.

Matloga was previously one of Bakgaga's key players, but he's only made seven appearances this season. He has apparently not been on good terms with the management after Baroka lost 2-1 against neighbours Black Leopards recently, which led to him being given a tongue-lashing for poor performance.

At Polokwane City, Rodney Ramagalela faces an uncertain future after the club suspended him. It's alleged that he's refused to sign a new contract, something that has not gone down well with the club's management.

Sowetan has also learnt that there are at least four more players who are clubless after Free State Stars released Thabang Klaas, Cesaire Gandze, Maboke Matlakala and William Twala.

Chippa United have also parted company with a host of players, including Jabulani Shongwe, who was at the match between his former club Bidvest Wits and Kaizer Chiefs at Bidvest Stadium in midweek.

Shongwe joined the Chilli Boys only six months ago.

Thabo Nthethe and James Okwuosa, two of their most experienced defenders, have also been let go, while there is also no place for Miguel Timm.

Meanwhile, Siyabonga Zulu's days at Mamelodi Sundowns are well and truly numbered having been Awol for more than a month.