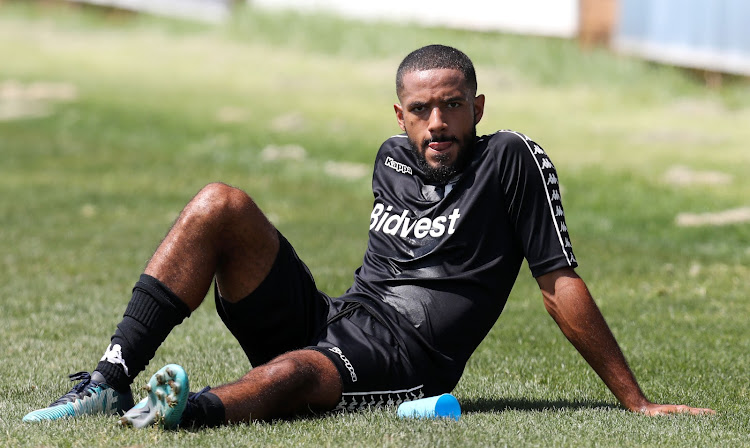 Bidvest Wits promising right full-back Reeve Frosler has turned down an opprotunity to go on trial with a club in the Portugal Premier League, instead opted for a move to one of the big local Gauteng-based club.
Image: Muzi Ntombela/BackpagePix

Bidvest Wits have signed Phathutshedzo Nange from Blacks Leopards to register a fourth signing in the opening 10 days of the transfer window.

The 27-year-old has made a strong impression with his driving midfield play in his debut season in the Premier Soccer League and joins the leaders on a two-year deal.

He has made 11 starts for newly promoted Leopards this season‚ scoring twice‚ including against Kaizer Chiefs in the Telkom Knockout tie at FNB Stadium in October.

Nange has spent four and half season with Leopards‚ largely under the radar in the National First Division.

Wits were the first out of the starting blocks in the transfer window when they announced on January 1 that they had signed pre-contracts with Prince Nxumalo and Brandon Petersen from Ajax Cape Town.

The striker and goalkeeper are both free agents at the end of the season and will move without Wits having to pay a transfer fee.

This is also the case with Sinethemba Jantjie.

But Wits are looking to negotiate with Free State Stars about taking the dribbling winger earlier‚ in which case they would have to pay a fee or arrange a player exchange.

Wits defender Reeve Frosler‚ meanwhile‚ has signed a pre-contract with Chiefs for next season when his contract runs out.

But Chiefs want him earlier and the two clubs are set to negotiate a fee in the next days.

Kaizer Chiefs upped their movement‚ the overlapping runs of their wingbacks‚ and their support play in the second half to overcome Bidvest Wits' ...
Sport
3 years ago
Next Article