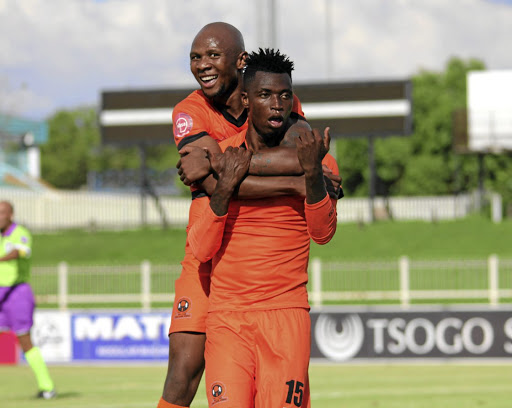 Polokwane City coach Josef Vukusic is playing his cards close to the chest.

The Rise and Shine mentor has insisted there are no targets and that he only wants his side to remain humble. They occupy third spot on the log.

City beat AmaZulu 3-2 in Limpopo at the weekend with Walter Musona, the younger brother of Knowledge, netting a brace. Thando Booi was first on the score sheet for the home side, while Usuthu replied through Bonginkosi Ntuli and Siyethemba Sithebe.

"No, we will be the champions," said Vukusic after the match at Peter Mokaba Stadium, before quickly adding that he was joking.

"We must be humble and we must work. I tell the guys, 'play with passion'.

"But I don't speak about targets. The targets are there from the first day and it's fine, but it's still only 16 games and we have 14 left."

The Slovakian was very pleased with his strike force, but should be concerned about his defence that has conceded in their last five league games.

As much as they have scored 10 in their last five games, they have conceded nine. "What is fantastic is that if you concede two goals you are ready to score three, then it's fine.

City were due to face Mamelodi Sundowns at Loftus Stadium tomorrow, but it was announced after their match against AmaZulu that this match has since been postponed, which is probably to accommodate Sundowns's CAF commitments.

Downs face Nigeria's Lobi Stars in their first match of the group stage at the weekend in west Africa.