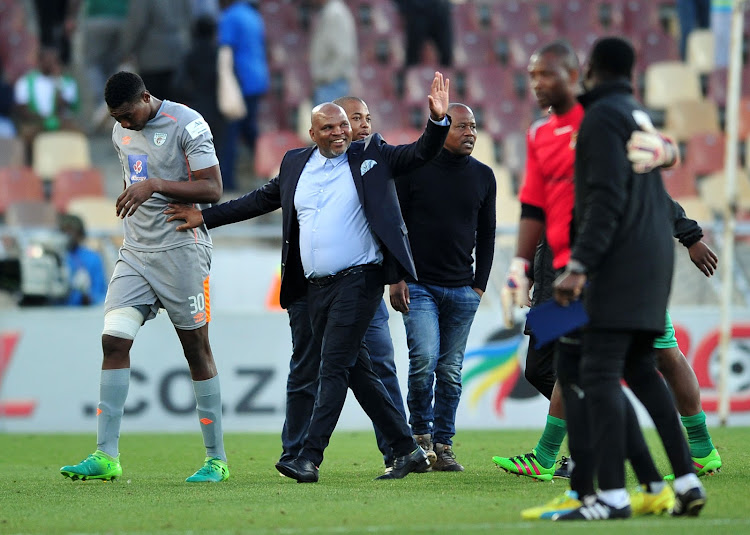 Mammila resigned on Monday and Baroka boss Khurishi Mphahlele has confirmed his departure.

SowetanLive is in possession of Mammila's parting letter to the club and players‚ which was sent on Sunday and in it‚ he confirms he's starting his duties with the Chilli Boys‚ also as CEO‚ on Monday‚ January 14.

"Morning to all. It was nice working with you guys.

"I thought I will leave my beloved team with a win yesterday (the 2-1 loss to Black Leopards at Peter Mokaba Stadium at the weekend) and it was not meant to be‚" Mammila noted.

"I know what you guys are capable of. You can play far much better than what u give yesterday (sic). Each and everyone must focus on his own performance and as a team will improve.

"I am leaving the team for Chippa United as from Monday 13 Jan 2019 (in fact‚ January 14). I have learned a lot of good things from you guys.

"You have made me and my CV to look good. I will always love to be available for all you guys from the technical team to players. You are winners like myself .

"I am taking up a challenge from Chippa United because you guys have given me courage in life that when u work hard you can achieve anything that u want.

"I am sorry if I disappointed any one of you. It was hard for me to take this decision.

"But at the end of the day I have made my mind that I want to change the mess that Chippa United are in‚" Mammila added in his letter‚ which he signed off as "Morgan Mammila CEO‚ Chippa United FC".

Mammila‚ who was not available for comment on Monday‚ had been with Baroka for five years since their first season in the National First Division (NFD) in 2013.

The former investigating officer was in charge of recruiting players and coaches at the Limpopo club.

Chippa boss Siviwe Mpengesi was also not available to confirm the new appointment.

The Port Elizabeth-based outfit had been without a CEO since the departure of Peter Koutroulis last year.