Pitso not sure what Chiefs will serve up 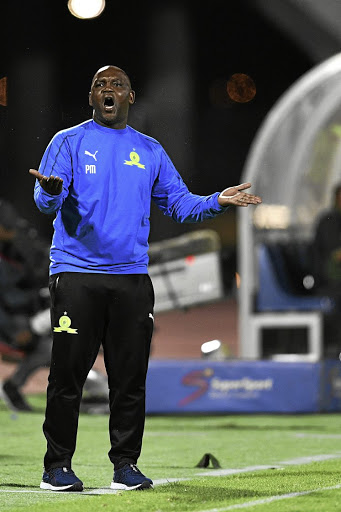 With Kaizer Chiefs enjoying an upswing since the reappointment of Ernst Middendorp, the team will be out to prove that their early form was not just a flash in the pan.

Chiefs will face their toughest test yet under Middendorp against Sundowns at the FNB Stadium tomorrow (3.30pm).

The German-born tactician was appointed in December after Giovanni Solinas was axed for unconvincing performances.

They are undefeated since that coaching change, netting three wins in all competitions without conceding a goal. Chiefs have scored seven goals and have had three clean sheets in that time.

Sundowns coach Pitso Mosimane concedes that it will be difficult to know what to expect against the revived Soweto giants.

Mamelodi Sundowns coach Pitso Mosimane has welcomed his side's Caf Champions League group stages draw and described it as “not easy but fair”.
Sport
3 years ago

"All I know is that when a team gets a new coach they get a shock therapy, it's either it goes up or down," Mosimane said. "Those who were not playing will want to get a chance so it's always difficult to play a team with a new coach. Coach Middendorp is a tough disciplinarian and I could read a few comments that the players are having it different."

The Brazilians are playing catch-up in the league where they are three games behind with 12 games played while most teams are on 15.

Sundowns have accumulated 22 points from those 12 games while Chiefs have 21 points from 15 outings.

No matter what form they find themselves in, Amakhosi always turn it on against their rivals. In their last 10 league games both teams have won three games apiece with four draws in between.

Mosimane acknowledged that Chiefs always bring their A-game to this encounter.