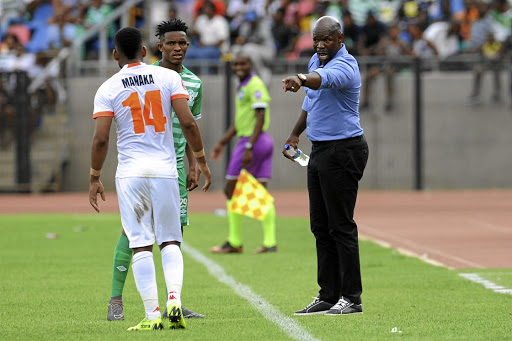 Steve Komphela has complained in a letter he penned to Celtic management that the club's training facilities are the worst in the league. /Charle Lombard /Gallo Images

Bloemfontein Celtic CEO Khumbulani Konco says some of the contents from the leaked resignation letter of former coach Steve Komphela are misleading.

Komphela threw the football fraternity into a tailspin last week when he penned an unflattering resignation letter before abandoning ship to join Golden Arrows. In the letter Komphela painted a picture of a dysfunctional club that operates like an amateur side.

In the letter Komphela says the club's training facilities are the worst in the league, that he paid analysts from his own pocket and had to buy petrol and a fan belt for the grass-cutting machine.

"As a club we have not made a secret of our challenges but some of the things in the letter paint the wrong picture," Konco told Sowetan.

"The fact of the matter is that Steve received an offer from another club and took the job, there was no need for a letter. We have had many coaches come and go and there was no need to write a letter of resignation because we all know the challenges we face here, it is no secret."

An explosive letter that Steve Komphela wrote to his former employers at Bloemfontein Celtic shortly before the exasperated coach finally quit the ...
Sport
3 years ago

Assistant coaches Lehlohonolo Seema and John Maduka will be in charge of the team going forward.

Konco refutes Komphela's sensational claim that on numerous occasions he had to personally buy petrol for the grass cutter.

"There is no such. What is being referred to happened once. If we take out the emotion from the letter then we can see that it is just an excuse to leave the club.

"The guys who do our garden were just waiting for one of the guys to bring money for petrol for the mower and Steve intervened. That money was later refunded to the coach.

The PSL executive committee member is confident Celtic will give a good performance against Chippa United at the Sisa Dukashe Stadium tonight (8pm) despite the challenges.

"We are determined to continue to fight and we feel we are prepared for Chippa."