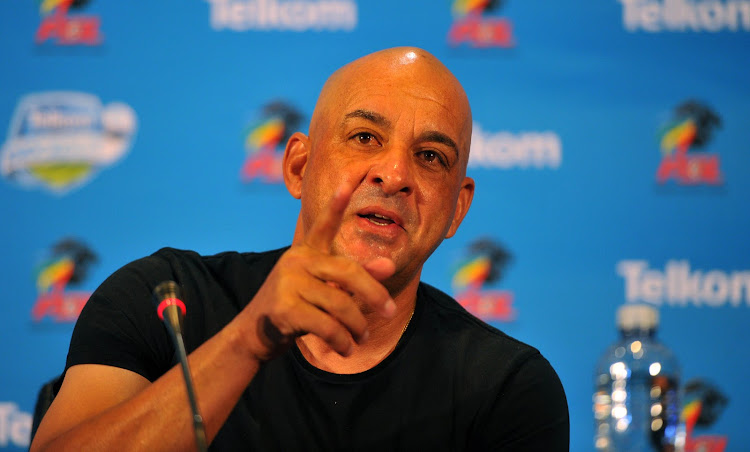 A visibly furious Da Gama accused these clubs of trying to “destabilise” his team in their pursuit of the league’s top goal scorer.

“Just back off and allow Highlands Park to grow as a team‚” said an emotional Da Gama before attempting to compose himself.

“I’m not being emotional.

“I’m going to say this again.

"At Highlands Park the directors have made it very clear to us and I speak on behalf of management right now when I say Highlands Park is not a selling team.

“So people must just leave our players in peace.

"There have been a lot of teams that were trying to destabilise our players and my team‚” charged the 57-year-old former Orlando Pirates coach.

The 24-year-old Mvala has been the go-to-man for the Lions of the North so far this season‚ scoring seven goals from midfield to shoot to the summit of the Absa Premiership goal scorer’s charts.

Da Gama warned the big four to keep their deep pockets to themselves and said Highlands is financially stable and able to hold on to their budding stars.

“We know those teams (who are tapping-up Mvala) and I have a message to them: ‘Just stay off our players.’ Allow other teams to grow in the PSL‚" he said.

“We are not saying we are the richest team but we don’t have financial problems and the team is looking very well after the players so please just back off.”

Of the big four‚ Da Gama only mentioned SuperSport United.

“We are not mentioning names but when the team got relegated (at the end of the 2016/17 season) SuperSport United was one of the teams who openly wanted to sign Mvala.

“The boy refused and said he wanted to stay and help Highlands Park back to the PSL. He’s been loyal to the club.”

Da Gama will have his hands full trying to hold onto his most prized asset as the big-money offers from Europe and locally continue to trickle in.

But the coach said the indication he is getting from Mvala is that he wants to stay.

“Most definitely yes‚” said Da Gama when asked if Mvala is happy to stay with Highlands.

“I think Mvala wants to get into the national team.

"He has very big ambitions. He doesn’t just want to move to one of the bigger teams locally but wants to go play overseas.”

Fadlu Davids became the latest coaching casualty in the Absa Premiership after he was fired by Maritzburg United following a string of worrying ...
Sport
3 years ago

The Absa Premiership has reached the halfway mark and pacesetters Bidvest Wits are perched at the summit with a three points lead. Gavin Hunt’s men ...
Sport
3 years ago
Next Article