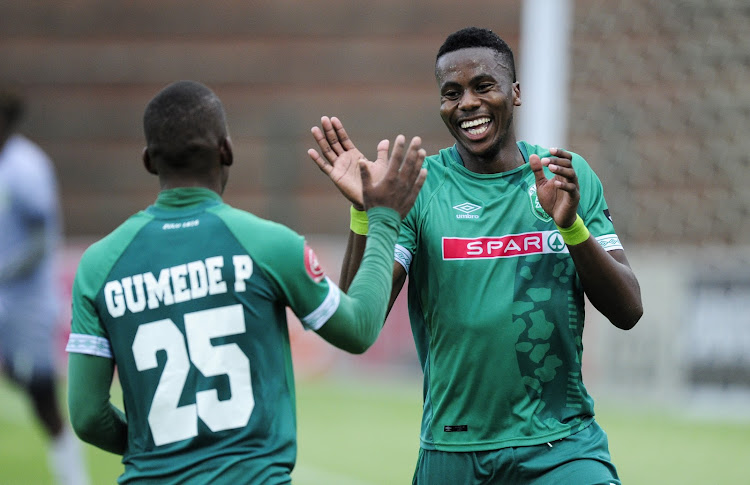 The story of AmaZulu is becoming increasingly fairy with each passing game after they swept aside provincial rivals Lamontville Golden Arrows 2-0 in a thrill-a-minute KwaZulu-Natal Absa Premiership derby at King Zwelithini Stadium on Saturday.

Deducted six points by world football governing body Fifa in September for illegally terminating a contract of a player, Usuthu were doomed for relegation as the docked points plunged them to the bottom of the log.

They went four matches without a win following the points deduction but Usuthu somehow found their groove and will go to the Christmas break in a jovial mood with this win, which was inspired by two first half goals from striker Bonginkosi Ntuli.

The saying there is a silver lining to every dark cloud rings true to Usuthu.

The day Ntuli dribbled Viktor Gomes with his hand and went on to win a penalty and then converted it...... with his foot!! #DurbanDerby pic.twitter.com/rHNDSw4Amv

Only a reckless gambler would have put money on AmaZulu ending the year in mid-table but that’s exactly where they are.

The bedrock of their comeback lies in their dominance playing in front of their home fans.

AmaZulu are now unbeaten in their eight home fixtures, with four wins and four draws as they sit in 10th position with 16 points after 15 matches. Arrows, in 11th place, have the same number of points but were leapfrogged by Usuthu on goal difference.

More glaringly perhaps, they have not only got rid of the relegation monkey off their backs, they are also 14 points behind log leaders Bidvest Wits. Had it not been for the docking of points, Usuthu would be in the top five with 22 points.

AmaZulu started the match brightly and scored in critical stages of the first half to knock the wind out of their visitors.

It took them just six minutes to take the lead when Ntuli pounced from nowhere to poke the ball past Maximilian Mbaeva in the Arrows goal.

On the stroke of halftime, Ntuli grabbed his brace and doubled the lead for Usuthu in a controversial manner.

The bulldozing striker literally dragged the ball with his hand away from a defender inside the box and won a penalty seconds after that after being hacked down.

Referee Victor Gomez rightly pointed to the spot but it boggles the mind how he and his assistants failed to spot the glaring handball in the lead up the foul on the striker.

Arrows, who like Usuthu will end the year on 16 points, continued to battle hard in an action packed second half but failed to convert their chances late in the match.

Arrows have won just three matches so far and will look at their seven draws with disappointment.