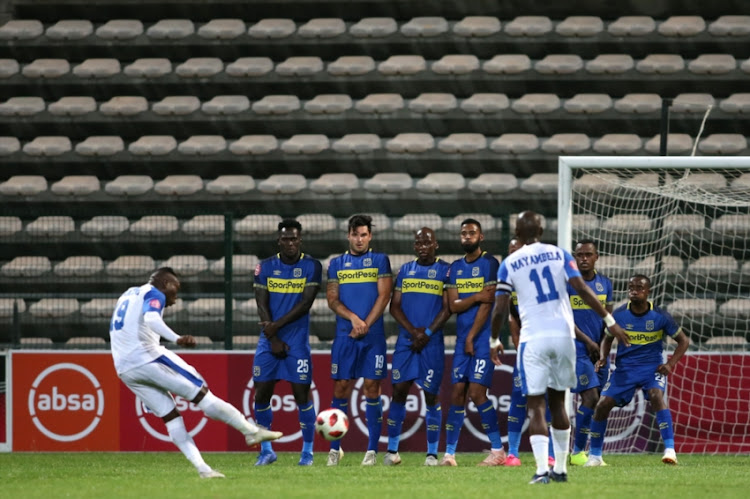 Watch out for the fast start from Cape Town City and be careful in the 15 minutes before halftime against Kaizer Chiefs‚ two findings from a SowetanLIVE analysis of the 220 goals scored in the Absa Premiership so far this season.

Mamelodi Sundowns also net the majority of their goals in the first half‚ and Black Leopards and Chippa United are the kings of the late goal.

City have developed a reputation as the best ‘starters’ in the top-flight‚ with five goals inside the opening 10 minutes of matches this season‚ including in four of their last five games.

That means almost a third of all of their goals come in the opening stages of matches.

More than a third of Chiefs’ goals in the league this season have come from the 30th to the 45th minute‚ a total of six out of the 17 they have scored.

That is the most productive period for any team in the league and a sign perhaps that Chiefs take some time to settle into their groove in games.

Don’t expect late goals from the AmaKhosi though‚ they have scored just once past the 80th minute this season‚ when Philani Zulu added the last goal in a 4-1 hammering of Cape Town City.

They are one of eight sides – or half the league – who have not managed an injury-time goal in the campaign‚ a list that also includes Mamelodi Sundowns‚ BidVest Wits and SuperSport United.

Sundowns tend to get most of their work done in the first half with 10 of their 14 goals this season scored in the opening period‚ with the spell between 16 and 30 minutes their most productive with five goals.

Incredibly‚ they have only managed to score once past the hour-mark‚ suggesting they are poor finishers in matches in the final 30 minutes of games.

Orlando Pirates also like to get their work done early with 12 of their 19 goals coming in the first half‚ with their weakest period the 15 minutes after halftime‚ when they have netted just once this campaign.

The teams with the best record directly after the break are AmaZulu and Free State Stars‚ who have scored five goals each between 46 and 60 minutes.

Usuthu are also the team with the most second half goals‚ scoring 11 of their 14 in the second period‚ and along with Chippa United and Maritzburg United‚ have the fewest first half goals with just three.

Maritzburg are the side with the fewest second-half goals‚ just two in their paltry season’s tally of five in 13 games.

The team that tends to finish games the strongest is Bloemfontein Celtic‚ who have scored six of their 13 goals past the 75-minute mark‚ doing almost half of their scoring late in games.

The teams with the most first half goals are Wits and Pirates with 12 each.