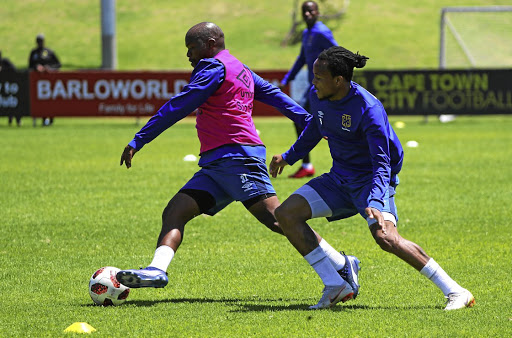 Tokelo Rantie is yet to make his debut since joining Cape Town City in September. /Chris Ricco/BackpagePix

Forward Tokelo Rantie has left Cape Town City but it's for his own good.

Despite reports that he's parted ways with the Citizens, Sowetan has established through club sources that the ball is in his court to fix his personal problems and return to see through his three-year contract that he signed a few months ago.

"It's not a secret that he's got problems with his marriage, but that doesn't mean he has left the club. Even the chairman [John Comitis] has spoken openly that Tokelo has problems and needs space to attend to them," said our source yesterday.

"He stopped training last week and went home [to Parys in the Free State]. We don't know how long he would be away, though, because it depends on when he's able to solve his problems."

Rantie, 28, is yet to make his debut since joining the club in September. Before his arrival at City, he had been inactive for close to a year after leaving Turkish side Genclerbirligi.

The 2018 MTN8 champions moved fast recently to fill Rantie's void by enlisting the services of striker Kermit Erasmus, who put pen to paper on a three-and-a-half year deal.

Despite numerous attempts to hear the player's side of the story, Rantie couldn't be reached for comment as his phone was off.

Five years ago, his career was on the up when he joined English side Bournemouth and, in the process, smashing their transfer record of 2.5m (R56m) from Swedish outfit Malmo.

By the time he left in 2016, he had played 53 games for Bournemouth and scored five goals.

From there, it's been downhill and it would appear that the forward's career is now at a crossroads.