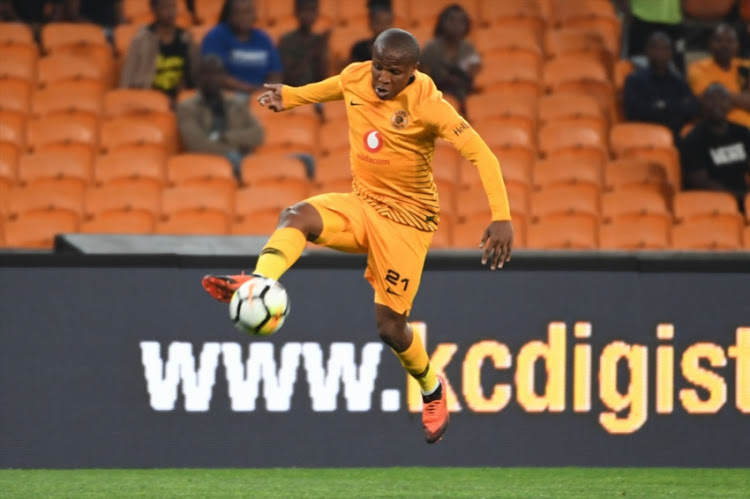 New Kaizer Chiefs boss Ernst Middendorp says he is yet to unleash Lebogang Manyama and wants to tweak Willard Katsande to contribute to both defence and attack in subtle reshuffling of the playing style at Kaizer Chiefs.

Middendorp‚ with two wins out of two and yet to concede a goal since taking over‚ has been explaining his tactical ideas ahead of the club’s departure on Friday for Madagascar where they play the second leg of their African Confederation Cup second round tie against Elgeco Plus in Antananarivo on Saturday.

“I’ve been playing Manyama deep in the midfield‚” explained Middendorp after two performances where the former Premier Soccer League Player of the Season was not as attacking as usual and did not link up much with the frontline as is his strength.

“It gives him a little bit more of a chance to manage himself.

"Everybody knows that he arrived at the club at the start of the season and then he had the car accident and was out of training.

"That has meant he has not been capable of moving up and down for the full 90 minutes.

“We will shift him up front but at the moment‚ against this type of opponent‚ his positioning is‚ I think‚ quite helpful for him.

"He comes through‚ he can manage it‚ supporting players‚ running into gaps and I think he is doing very well.”

As for Katsande‚ Middendorp says he is trying to change the playing style of the 32-year-old defensive midfielder.

“We’ve had some sessions and shown him some videos of what we expect from a player in his position‚" the Chiefs coach said.

"There is the defensive part‚ of course‚ and he is strong in this area.

"But on the other hand you have to contribute in terms of really being a ball receiver and‚ at the same time‚ distributing it in a proper yet simple and easy way.

“The simplicity is the quality. From what I’m seen so far‚ it’s all good‚” the new coach who took over from Italian Giovanni Solinas added.