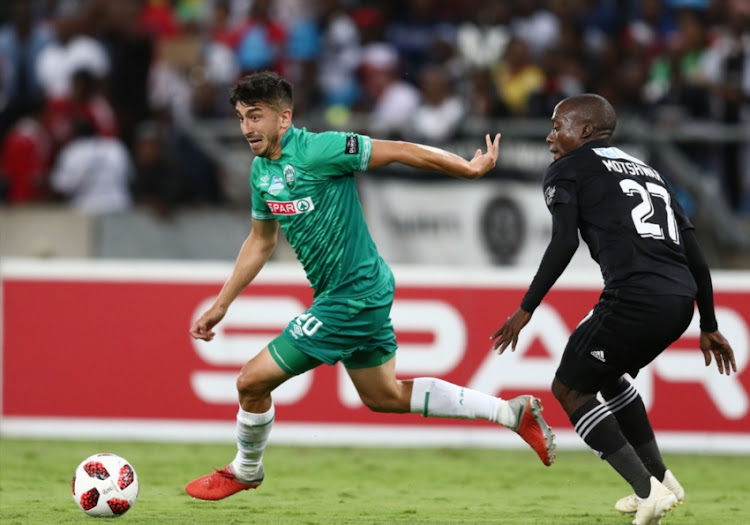 AmaZulu FC supporters have given their in-form Argentinean born striker Tade Emiliano a new nickname and he is now known as “Nkathazo”.

The club took to social media last week and asked supporters to come up with nicknames for the popular South American who has become a fan favourite after scoring five league goals for Usuthu in his debut season.

AmaZulu fan Siyabonga Shezi won the contest after coming with the name Nkathazo‚ meaning one who’s troublesome to others.

The 30-year-old Argentinean joined the Durban club from New Zealand club Auckland City at the beginning of the current premiership campaign.

The striker had spent eight successful years in New Zealand where he won three league titles with City and scored most of the goals for them‚ including 16 when they won the league again last season.

AmaZulu host neighbours Lamontville Golden Arrows in the KwaZulu-Natal derby at King Zwelithini Stadium on Saturday and Emiliano is expected to add a goal or two to his tally.

The red-hot player also won the Player of the Month award early this week alongside his coach Cavin Johnson‚ who walked away with Coach of the Month for the same period of November/December.