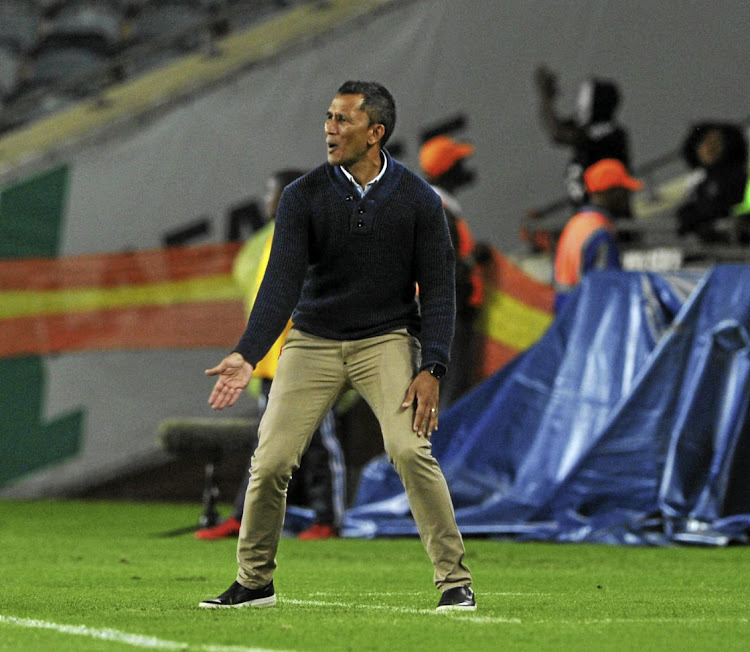 Goal-shy Maritzburg United stand on the brink of an unwanted record having managed a paltry five goals in their 13 Absa Premiership games to date‚ a ratio they will hope to improve on when they host Baroka FC on Saturday.

If Fadlu Davids’ side don’t manage to find the back of the net in their next two games‚ it will be the lowest goals tally any side has managed after 15 games of a Premiership season‚ and will add more pressure on one of South Africa’s top up-and-coming coaches.

Two sides have previously managed only six goals after 15 games‚ Witbank Aces in the 1996/97 campaign and African Wanderers in 2002/03. Both were relegated after finishing bottom of the table.

Five sides have had eight goals at that stage‚ including the Bloemfontein Celtic team of 2016/17‚ who ended the season with a woeful 16 goals from 30 games‚ but still managed to finish 12th.

Maritzburg’s goals in the league this season have been scored by Keletso Makgalwa (vs Free State Stars)‚ Bandile Shandu (vs Bloemfontein Celtic)‚ Yannick Zakri‚ Mohau Mokate (both vs Highlands Park) and Brian Onyango (vs Black Leopards).

They have managed a goal every four hours of football‚ painful for their supporters to watch.

It is not unprecedented though‚ despite their fourth-place finish last season‚ Maritzburg went eight league games last season between September and November (and 10 in all competitions) without one of their players scoring a single goal.

That only time they found the back of the net in that run was when AmaZulu’s Michael Morton scored past his own goalkeeper.

After Baroka‚ Maritzburg’s next fixture is away at provincial rivals Lamontville Golden Arrows on January 6.