How Owen da Gama got Highlands Park's groove back 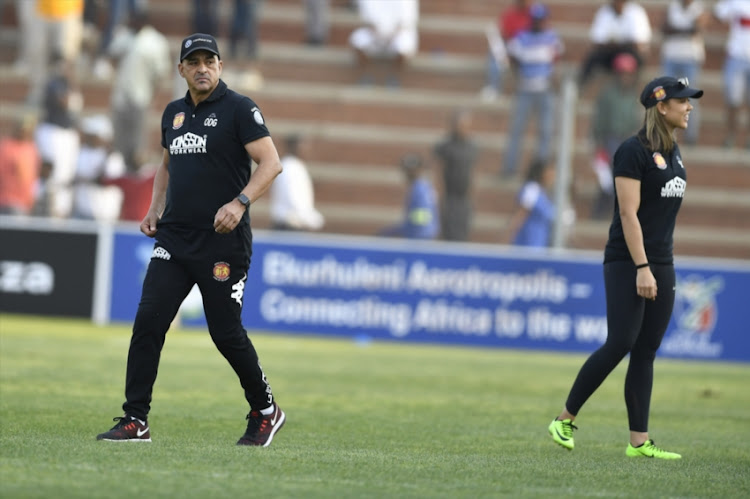 Coach Owen da Gama did not say it directly but Highlands Park now feel entitled to reset their sights and aim for something more substantive than just surviving in the Premier Soccer League after proving their worth in the first half of the season.

The 2-1 away win over Bloemfontein Celtic at the Molemela Stadium in the Free State capital on Monday marked a first away win of the campaign for last season’s National First Division champions and pushed them into eighth place in the standings.

“We are beginning to get that monkey off our back that we have from being relegated straight away after our first season in the PSL‚” explained the Highlands coach.

“There has been a lot of uncertainty‚ a lot of nervousness‚ among both the team and management.

"But I think we are slowly getting to the point ….” he said before changing tact.

“Once we won promotion‚ we said we were not looking at winning the league but we were also not looking at not getting relegated. I think that would have been far too negative.

“What we said is that we want to be as competitive as possible in this league‚ we want to compete and we want to add value to this league. I think now we are proving that."

Da Gama’s team still have one game to play this year‚ at home to SuperSport United on Sunday‚ with 19 points from 14 games.

They lost only three times in the league and took points off champions Mamelodi Sundowns‚ Cape Town City‚ Kaizer Chiefs and Orlando Pirates.

“We see that we have the ability for compete in this league. We are slowly learning‚" he said.

They are right on course with the target that Da Gama hoped to have achieved at this stage of the season and‚ more importantly‚ beginning to feel they are worthy of a place among the elite in the top flight.

“We were gunning for 20 points in the first round‚” he added.