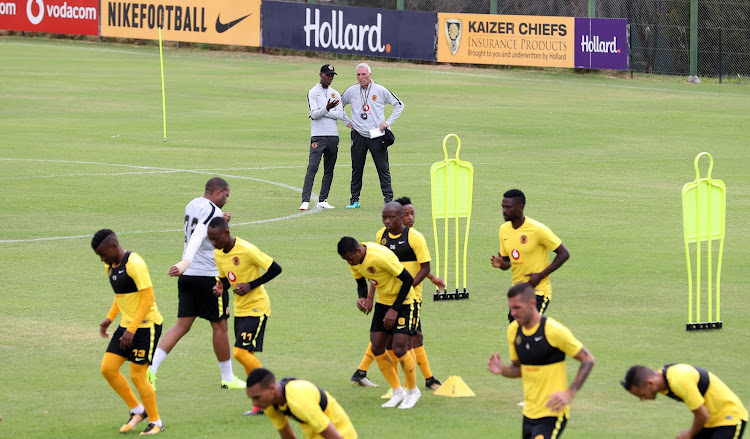 Kaizer Chiefs’ football manager Bobby Motaung has indicated that Ernst Middendorp was on the club’s radar even at the start of the 2018-19 preseason‚ but had issues being released from his contract at his lats club in Thailand‚ Bangkok United.

Middendorp has made an unexpected return to Chiefs as head coach. He had been working as technical director of Bangkok United since December 2016.

Motaung said the 60-year-old former Maritzburg United‚ Bloemfontein Celtic and Arminia Bielefeld coach arrived back at Naturena – where he previously coached from 2005 to 2007 – among other candidates who were considered by Chiefs.

Chiefs’ football manager was asked how many candidates there were.

“If I say five then you will put names. No‚ there were various candidates who we were looking at‚” Motaung said.

“Ernst was actually … we have been communicating‚ in fact‚ for some time‚ over the years. So it was a no-brainer for us to actually think of him and bring him on board.

“Because initially we couldn’t bring him in because of the contractual challenges‚ when we started the season – because he was contracted there [at Bangkok United].

“Even now he was still contracted but he felt that he was more than willing to come and assist.”

Middendorp‚ acknowledged as a technically proficient‚ though combustible coach‚ has done the rounds in the PSL‚ his other clubs including Chippa United and Lamontville Golden Arrows.

Motaung was asked why Chiefs did not consider bringing in someone new.

“Then it would be a new journey‚ and a new start. It’s in the middle of a season. We would be actually compromising not only the team but even the coach himself‚” Motaung said.

“We considered somebody who is knowledgeable‚ who knows the league‚ who understands the club culture and everything.

“It takes time. Even [Middendorp’s shortlived predecessor Giovanni] Solinas would have needed another year or two. But with the results as they were coming‚ it was not going to allow him to adapt.”