Galaxy not giving up on promotion 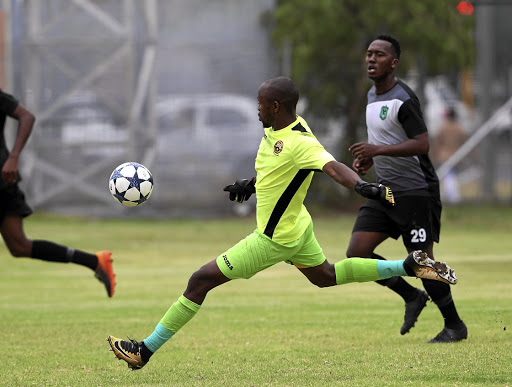 Despite being 13 points adrift of leaders Stellenbosch, TS Galaxy captain Ludwe Mpakumpaku trusts that their coach, Dan Malesela, can still propel the Mpumalanga-based side to automatic promotion.

Stellenbosch are top of the National First Division (NFD) table on 27 points. Mpakumpaku, 25, thinks Galaxy are capable of catching the Capetonians in the second half of the season.

"In coach Dan we have a real tactician. Before he came [replacing Vusi Mkhatshwa three games into the season], we were conceding a lot of goals but now we have a decent defensive record," Mpakumpaku said. "The aim is to win promotion.... We can still catch Stellenbosch. The race is still wide open."

THE Nedbank Cup Last 32 stage draw served up some intriguing match-ups after the tournament was launched in Sandton on Thursday night.
Sport
2 years ago

Galaxy face their provincial nemesis TS Sporting in a new Mpumalanga derby at Kabokweni Stadium tomorrow. Sharing the name "TS" and coming from Mpumalanga are not their only similarities. They are both rookies in the NFD.

In the 10 matches he has overseen since his arrival in September, Malesela has managed only two wins, with six draws and a defeat.

"When I came in there were about 44 players. The first thing that one had to do was to trim the squad. We trimmed the squad to 27 and now we are starting to understand the squad better. The size of the squad is manageable and trainable," said Malesela.