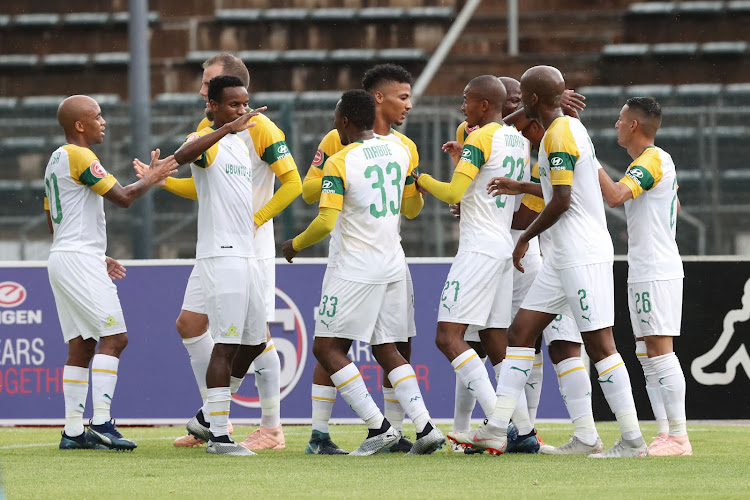 Mamelodi Sundowns’ 0-0 Absa Premiership draw with Baroka FC on Tuesday extended their unbeaten run in league matches to 25 and closer to the all-time record in South Africa’s top division.

Defending champions Sundowns have not lost in the Premiership since a 3-1 defeat to Orlando Pirates on January 13 this year and are approaching what would be the equivalent of a full season of 30 games unbeaten.

They have perhaps not been as dominant as they might have liked in their run though‚ with the 25 games yielding 13 wins and 12 draws‚ including five stalemates in their last six home games.

Sundowns have a better away record because teams are more inclined to open up and attack them‚ while visitors to the Lucas Moripe and Loftus stadiums tend to shut up shop from early on.

The Brazilians are now closing in on the all-time PSL record for the most league games unbeaten which is held by Kaizer Chiefs‚ who went 31 games without tasting a defeat between January and November 2005‚ the first 19 games under the late Ted Dumitru and the next 12 with current coach Ernst Middendorp in charge.

Chiefs’ run was finally ended by a 4-2 home loss to Silver Stars.

The record for the longest unbeaten run in a single season stands at 19‚ achieved by Dumitru‚ as well as Stuart Baxter at both Chiefs and later SuperSport United. Sundowns are currently seven matches off that mark.

The rescheduling of matches due to CAF club commitments makes it difficult to predict when Sundowns may break the 31-game record‚ but it could be their home game against Cape Town City on February 27.

Before then they must play top sides Chiefs (January 5)‚ which is their next league clash‚ and BidVest Wits (February 23)‚ who will be serious stumbling blocks for the side.

Their good league run does not mean that Sundowns haven’t been defeated in that time.

Since their last league loss they have been beaten five times in cup competitions – twice in the African Champions League‚ as well as once each in the Nedbank Cup (by Maritzburg United)‚ MTN8 (Cape Town City) and the Telkom Knockout (Baroka FC).