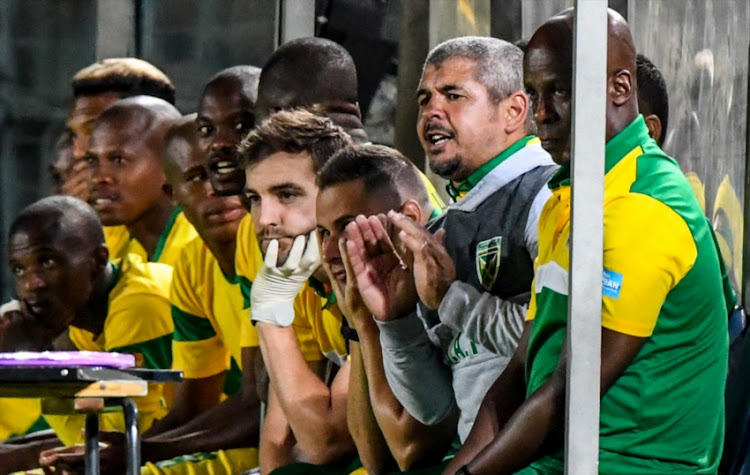 Lamontville Golden Arrows have another batch of promising youngsters in their Multichoice Diski Challenge reserve team who they are set to promote come the January transfer window‚ coach Clinton Larsen has said.

Arrows‚ who lost Kudakwashe Mahachi and Lehlohonolo Nonyane before the start of the season‚ have weathered a tough start to apparently steady the ship and sit in 10th place in the Absa Premiership just ahead of the halfway stage.

Larsen’s team also come off two impressive results – a home 2-0 win against Kaizer Chiefs‚ then Wednesday night’s 2-2 draw against Bidvest Wits at Bidvest Stadium coming back from 2-0 down.

Larsen said Arrows will aim to bolster their squad with youngsters coming out of their reserve team in January as they push for a top eight place in the second half of the season.

“It’s always going to be difficult with a young team like ours to constantly be in the top eight‚” the coach said.

“With youth and inexperience comes a lot of consistency. So those fluctuations are a natural thing.

“Signings will probably come form our Diski team. There are some highly talented players who we are itching to give an opportunity to.

“We are not a buying team‚ as everyone knows. So we’ll continue to throw the youngsters in and hope that they swim instead of sink.”

Arrows started the season with a 2-0 away win against Maritzburg United‚ then went on a six-match winless run‚ half of which were defeats.

They won against Black Leopards at home on October 7‚ and have only lost once in their last seven games.

“We are also proving that we are no pushovers. We can be competitive.”

Arrows have one match left before the Christmas break – the Durban derby against AmaZulu at King Zwelithini Stadium on Saturday‚ December 22.