Maluleka scores for Chiefs as Middendorp hits the ground running 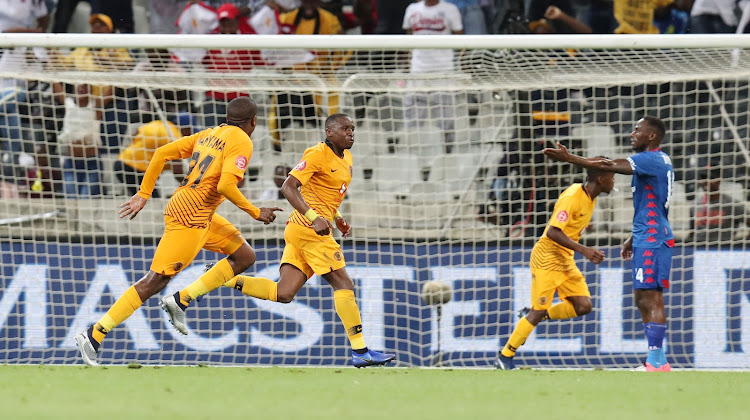 George Maluleka scored a second half stunner to hand new coach Ernst Middendorp victory in his first game back in charge of Kaizer Chiefs against SuperSport United at the Mbombela Stadium on Wednesday night.

The well-earned 1-0 victory lifted Chiefs into the top five but more importantly injected some new energy into a club tettering on the verge of crisis after a poor start to the season.

A clever half-time substitution by the veteran German coach was a major contributory factor as Chiefs marked the halfway point of their league campaign with only a second win in seven league games for them.

“It was a well deserved three points for us. We could have gone a little more for the second goal in the second half but I’m happy,” was Middendorp’s summary of the encounter.

Leonardo Castro should have given the new coach the perfect start after only 12 minutes as Khama Billiat slipped him the ball on the breakaway, after a defence-splitting pass from Daniel Cardoso, but the Colombian hit a poor effort over the top of the target when it looked easier to score.

Eight minutes later, Billiat played a clever ball to Lebogang Manyama, who timed his run perfectly to beat the offside trap but saw his effort expertly saved by Ronwen Williams.

Chiefs looked full of running in the early exchanges and were controlling the midfield but SuperSport got themselves slowly into the game.

In the 26th minute some neat interpassing allowed Fagrie Lakay a chance to shoot but his close range effort was blocked by Cardoso and then the follow-up attempt dealt with by Mario Booysen’s tackle.

Evans Rusike fired a shot at Virgil Vries, in for the injured Itumeleng Khune, soon after but the ‘keeper saved with his legs.

At the other end, after 40 minutes, there was another superb pass from George Maluleka, skippering the team in the absence of Khune and Willard Katsande, to set Billiat away on goal but he hesitated before shooting, allowing just enough time for Grant Kekana and Williams to combine to deny him.

While Chiefs looked full of energy with the new coach on the bench, they displayed the same frailties in front of goal, looking as indecisive and nervous as they have all campaign.

Middendorp looked for more midfield energy after the break and brought on Kabelo Mahlasela in a move that did exactly that.

Billiat had two more chances denied by Williams’ fine goalkeeping before the deadlock was broken just after the hour mark.

Mahlaslela set up Maluleka, who was allowed to advance on goal as the SuperSport defenders backed off and then pick his spot to give Williams no chance with a superb finish.