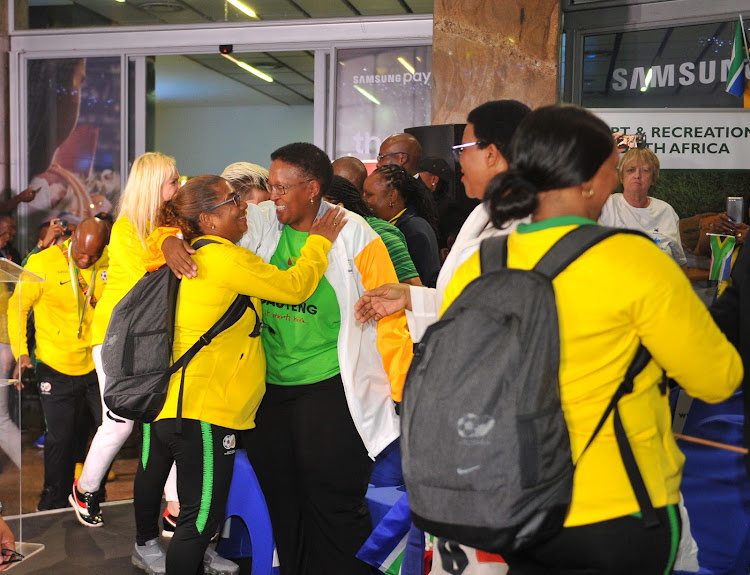 Banyana qualified for the tournament after they finished second behind Nigeria at the recent Caf Women’s Cup of Nations in Ghana and they were drawn in a tough Group against Germany‚ Spain and China at the weekend.

“We have to make interventions to make sure that our girls get good preparation‚ that’s why we are needed‚” said Xasa.

“You can’t just discard us as politicians and think that we are not relevant.

"We want to see where we can support them because we cannot as a country let the girls down because they are flying our flag high.

“We are very careful not to be seen to be interfering but we have a responsibility as government to make sure that bodies that use public money understand what the mandate of government is.

“There is that thin line to say why politics would come into sport.

"If you look at the world today‚ sports bodies subscribe to international bodies but they exist within a country.

"They operate within the mandate of the country.

"So there is that relationship that needs to be built between ourselves and the organisations that are responsible for sport.

"In the world today‚ although it is behind the scenes‚ politics has big influence and you can’t run away from that.

"That thin line continues to exist for interaction negotiation.”

Safa has already confirmed that Banyana will play against a top but unnamed European team that has qualified for the World Cup.

Banyana will also play a closed-door training match with Sweden.

The South Africans open their World Cup campaign against Spain in La Havre on 7 June before making the trip to the capital Paris to take on China on 13 June.

They complete the group stages with a clash against Germany in Montpelier on 17 June.

Xasa also plans to discuss Safa's plans to step in as emergency hosts of next year's African Nations Cup to replace Cameroon at the same meeting.

The two parties were due to meet on Monday at the Ministers and Members of the Executive Councils event but the meeting did not take place.