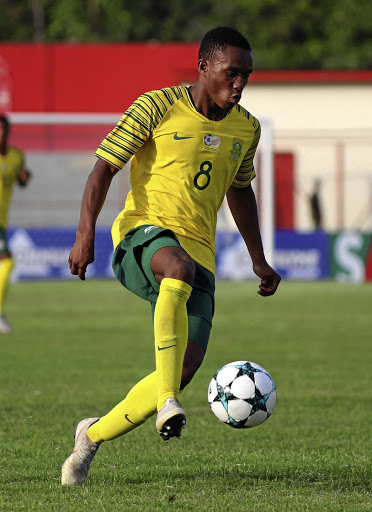 The SA under-20 national team are proving to be peerless in the ongoing Cosafa U20 Championships in Zambia.

If their bullish performance in group stages, where they humiliated Mauritius (5-0) and Eswatini (4-0), is anything to go by, Amajita will easily dispatch Angola in the semifinals at Nkana Stadium today (1pm).

SA finished top of Group B and Angola qualified as the best number two across all the three groups.

While it has been the attackers like Monaco-bound Lyle Foster and Mamelodi Sundowns' Promise Mkhuma who've been in the limelight for Amajita's impressive display, Kaizer Chiefs centre-back Njabulo Blom has been outstanding in helping the team keep clean sheets.

Blom, 19, has urged his teammates to guard against complacency against Angola as they aim to retain their Cosafa title.

Amajita breeze past Eswatini to advance to Cosafa Cup semis

Defending champions South Africa eased into semifinals of the Cosafa Under-20 Championships with a comfortable 4-0 victory over Eswatini at the Nkana ...
Sport
3 years ago

"We cannot afford to lose to Angola. The main purpose now is to defend the title but we know that we must not get ahead of ourselves. We need to be careful because complacence is dangerous," Soweto-born Blom said.

The Chiefs budding star also disclosed some details of their yesterday's training session.

Among other things, they utilised the day to improve the cohesion of the team.

"Today [yesterday] we had to minimise intensity at training because the game is tomorrow [today]. We only covered the important aspects like building the team spirit. We slightly worked on our set-pieces," said Blom.