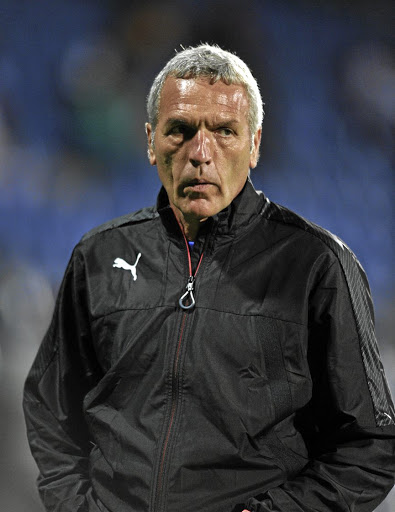 New Kaizer Chiefs coach Ernst Middendorp is a tactician who rarely completes a full season at the clubs where he has been in charge.

Amakhosi sent the football public into a frenzy on Friday when they fired Giovanni Solinas after five months in charge and replaced him with the mercurial Middendorp.

Since leaving Chiefs in his first stint in 2007, the German has been the popular go-to coach for club bosses in the Absa Premiership.

The 60-year-old has coached six clubs and does not wait around long between jobs.

His longest stint in SA was at Maritzburg United from January 2012 to October 2013.

Middendorp has had three different stints with Maritzburg, but he has never led the team to a top-eight finish.

He twice led a team to a top eight when Chiefs finished third in the 2005/06 season and when Bloemfontein Celtic finished sixth in the 2013/14 campaign.

It was Steve Komphela who first guided Maritzburg to a top-eight finish while Fadlu Davids also did it when he replaced Middendorp in the 2016/17 campaign.

Former Chiefs striker Pollen Ndlanya is not convinced with the appointment of Middendorp considering his record.

"This is really disappointing to be honest. Our football is going nowhere if we continue to recycle the same people over and over again," Ndlanya lamented.

"I don't know. Let's see what happens but we all know that this coach has not done much in the PSL yet they continue to go to him."

His first test as Chiefs boss will be against SuperSport United in the league at the Mbombela Stadium in Nelspruit on Wednesday.

Not much separates the two clubs as Chiefs are seventh with 18 points while Matsatsantsa are sixth with 19.