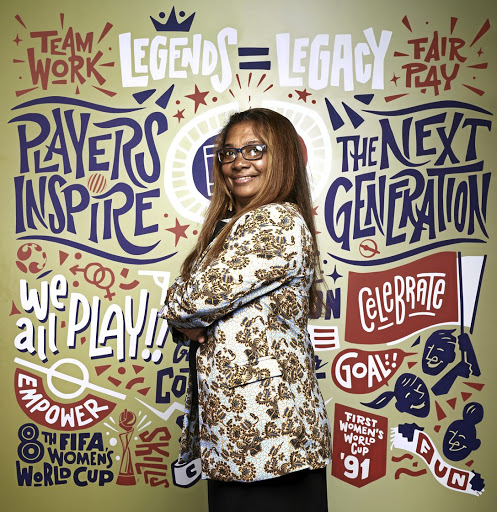 Banyana Banyana veteran striker-turned-defender Noko Matlou, 33, has registered her confidence that the national team can progress past group stages in the Fifa World Cup in France next year.

Banyana's opponents at the World Cup, which kicks off on June 7 to July 7, were announced during a draw in Paris at the weekend. Coach Desiree Ellis's charges were drawn in Group B alongside China, Germany and Spain.

"It's an interesting draw. It doesn't scare me. But eish ... Germany might give us some hard time. I am optimistic we will qualify for the knockout stages," Matlou told Sowetan yesterday.

"We played China in the Rio Olympics [in 2016] and they won 2-0. But we've since improved. The World Cup gives us a wonderful opportunity to avenge [the defeat].

"We were with Spain in Cyprus Cup [last March]. Though we didn't play them, we watched their games and saw how they play. We must do a lot of preparations around Germany," she added.

The Banyana mentor was also positive they can make a mark in France. "In life everything is possible with the effort you putting in; nothing is impossible," said Ellis.

"We will make sure when we leave the World Cup the people remember us. This team will never give up."

In preparation for the global showpiece, Safa has organised high-profile friendlies against defending champions USA, the Netherlands and Sweden.

Banyana face Netherlands in the Winnie Madikizela-Mandela Inauguration Challenge at the Cape Town Stadium on January 19 and Sweden in a yet-to-be confirmed date in the same venue and month.

The game against USA is on May 12 away.

"Playing these teams will be beneficial for players. They will get a chance to shine at the best level," said Ellis.