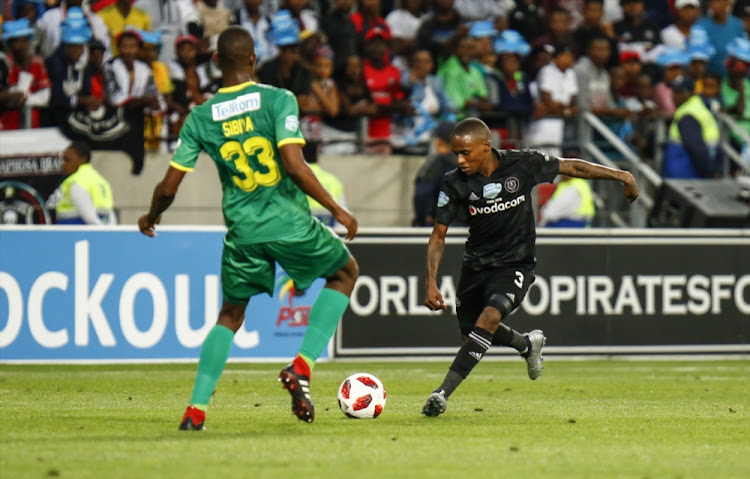 Like wounded lions‚ Orlando Pirates players are down and out following their 3-2 penalty shootout defeat to Baroka in the Telkom Knockout final.

It's now their coach Micho Sredojevic's turn to help them get back on their feet and keep going.

Firstly‚ Bucs's players would be pleased to hear that the Serbian was full of praise for their performance to force the match into penalties‚ despite playing with ten men after defender Marshall Munetsi was sent off for a reckless challenge on Jemondre Dickens before the end of the first half.

“It's very unfortunate that we lost on penalties‚” Sredojevic reflected.

“But something that is very important in life is not about how hard you have been hit‚ but how strong you are to stand up.”

The team failed in helping Sredojevic's project to heal the souls of the Bucs faithful‚ who have been waiting for silverware since 2014.

But he insisted that they would bounce back and there's still the league‚ Caf Champions League and Nedbank Cup to play for this season.

“We are moving on and we already have a match against Free State Stars in the league on Tuesday (at Goble Park) and that serves as a bridge for our Champions League match on Saturday (against Namibia's African Stars).

“We need to pick up the pieces and it's unfortunate‚ but my players played like lions in a human shape and gave everything on the field of play.

“Football didn't pay us back (for the effort)‚ but I strongly believe and knowing our supporters‚ that they would recognise the effort‚” Sredojevic added.

The last thing Baroka coach Wedson Nyirenda would like to see is his players being “intoxicated” with their Telkom Knockout glory.
Sport
2 years ago
Next Article