Kaizer Motaung explains why he brought Middendorp back to Chiefs 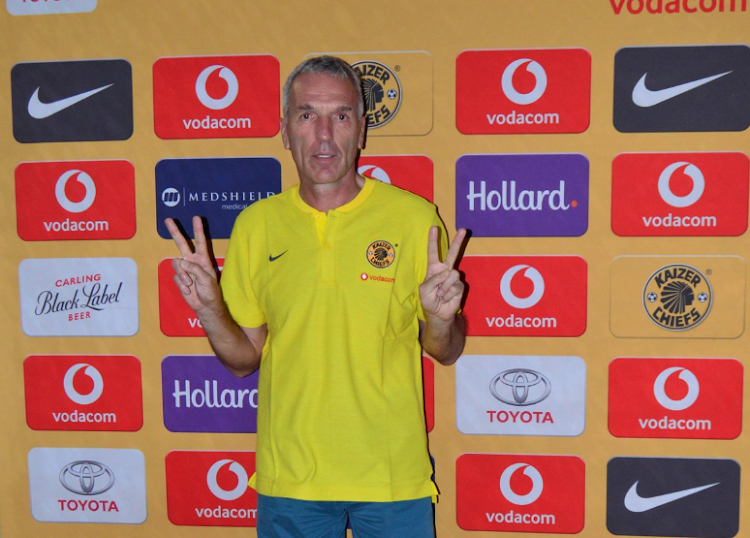 Amakhosi chairman Kaizer Motaung has explained the return of Ernst Middendorp as the team's coach
Image: Image: Via Twitter/@KaizerChiefs

Kaizer Chiefs needed a new coach who “has an understanding of the club’s footballing culture”‚ Amakhosi chairman Kaizer Motaung explained of the appointment of Ernst Middendorp to that position on Friday.

Middendorp‚ viewed more as something of a journeyman “Mr Fix-it” for medium-sized Premier Soccer League (PSL) teams than a coach of a Soweto giant‚ sensationally made his return to South African football on Friday as coach of the country’s biggest club.

He had been working as technical director of Thailand’s Bangkok United.

The 60-year-old German returns on a two-year contract for a second stint with Chiefs‚ having coached them with perhaps a little less than mixed success in 2005 to 2007.

He replaces Giovanni Solinas‚ who was clearly out of his depth at Amakhosi and “parted ways amicably” with the club hours before Middendorp’s appointment on Friday.

Kaizer Chiefs, just hours after announcing the firing of head coach Giovanni Solinas on Friday, made another shock announcement with the appointment ...
Sport
3 years ago

“We were looking for a coach who is experienced and who has an understanding of the club’s footballing culture‚” Chiefs’ chairman told the club’s website.

“That’s certainly the case with Middendorp‚ who won trophies during his previous stint in charge of Kaizer Chiefs.

“Middendorp also understands South African football well‚ having a vast knowledge and experience of our local football. We are looking forward to working together.”

“We need stability and the coach will start working with the team on Saturday.”

He was fired after a string of poor results with the team in eighth place in March 2007‚ as Amakhosi went on to a worst PSL finish of ninth under three-month successor Kosta Papic in 2006-07.