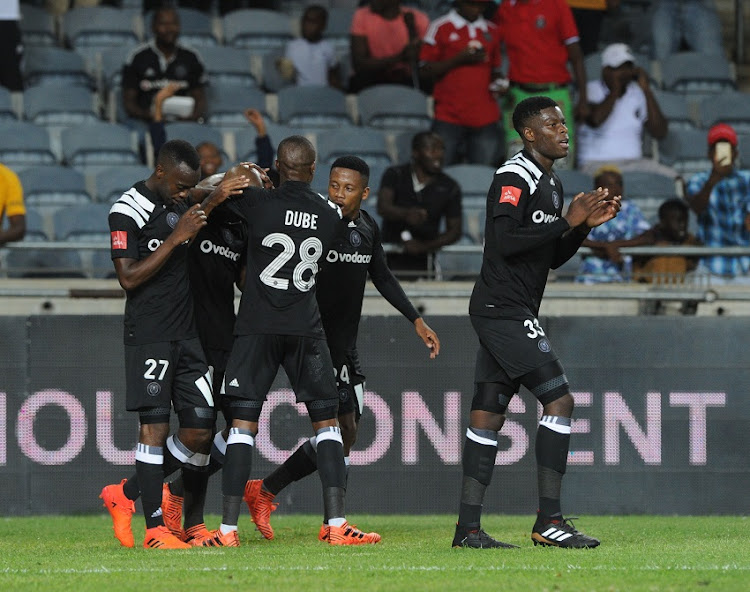 Orlando Pirates are desperate for a trophy to seal Milutin Sredojevic’s tenure at the club with silverware and end a four-year barren spell in Saturday’s Telkom Knockout final against Baroka FC at Nelson Mandela Bay Stadium.

The Buccaneers are in mean machine form at the top of the Absa Premiership.

TimesLIVE examines five reasons why the favourites will triumph in Port Elizabeth.

Of course‚ Baroka are playing in their first cup final in their history‚ and for their first trophy. It’s a big motivation for the men in green on its own. They could also be overawed.

For Pirates‚ going four seasons without silverware since the 2014 Nedbank Cup has hurt. And there has been more pain than just that too for the great Soweto club.

Their tempus horribilis in 2016-17‚ where Pirates finished 11th in the PSL and conceded six goals twice‚ and four in the final of this competition in a 4-1 defeat against SuperSport‚ was among their worst on record.

Now Bucs want t trophy‚ and the have the player power and technical staff muscle to get it too.

Bucs’ wingers have been superb. They create and they score. In fact they have so far‚ with five goals each‚ out-scored even the fearsome growing strike partnership of Augustine Mulenga and Justin Shonga‚ who have four apiece.

Partly that’s because Shonga and Mulenga are finding their stride in Buccaneers colours.

Partly it’s also just that Lorch and Pule are in outstanding form. And they are wingers who rely on more than just pace.

They are intelligent on the ball and in finding spaces‚ and in combinations with their teammates. And anyone who initially mocked Bucs for hiring Stephane Adam as finishing coach is starting to see the results especially in these two players.

3. Augustine Mulenga and Justin Shonga on the wings

At the moment they are being overshadowed in the scoring charts by their wingers outside of them‚ but expect that to change once these two find their stride together.

A fearsome combination already for two years for Zambia‚ Mulenga and Shonga have had some teething problems in the playing system in black and white. Shonga‚ especially‚ missed chances‚ but is improving on that game by game‚ and is deadly from set pieces.

They compliment each other excellently in playing style. Mulenga‚ the pacy boar‚ bulldozes into the box. Shonga is lithe and intelligent around the edges of the area.

Ben Motswari appears still doubtful injured‚ but could Pirates have a better replacement for him than last season’s club player of the season Nyatama.

Nyatama has perfected the deep-lying playmaker role to be one of the best exponents of it in the PSL. Mlambo has been in the sort of form that has many confused at his continued Bafana Bafana absence.

On their day the pairing‚ as they did in the 2-1 semifinal win against Kaizer Chiefs‚ can take a game by the scruff of the neck and not let go. Their service to Bucs’ scary frontline can be outstanding.

5. Pirates are a well-oiled machine now

They are superbly drilled under Sredojevic and his army of boffins in the technical staff‚ and can snap tactically from one system to another during a game seamlessly.

They have what their coach set out to achieve with Bucs when he arrived – an “iron defence‚ creative midfield and sharp attack”. Their structure is looking perhaps the best in the PSL right now‚ and it is backed up by player power.

With Bucs’ hunger for a trophy thrown in‚ this is a Pirates combination that will take a superhuman effort for Baroka to stop on Saturday.