Banyana rely on Mbuli's to get talent 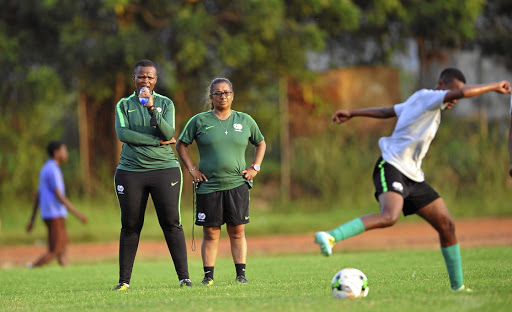 Speaking to Sowetan yesterday, Mbuli was not impressed with the quality level at the tournament so far. She didn't hide her feelings, saying she had not seen any notable new performer, except for the already established national team players.

"Eish... it's tough my brother. The gap between the Sasol League and the national team is very big. This is the best from provinces but when you struggle to select players, it shows that there's a problem," said Mbuli.

"I cannot say there's anything special I saw during the course of the week... I would be lying, it's only players that we know from Banyana [who are performing]."

Banyana Banyana are not just clever on the field‚ they are also highly qualified academically off it‚ with almost all their players either possessing ...
Sport
3 years ago

Across all nine clubs representing all the provinces, Durban Ladies' Ntombifuthi Khumalo is the only woman mentor at the tournament. Mbuli has explained why it's difficult for female coaches to get a chance.

"Some of the coaches are coaching because it's their clubs, they're owners. They do it all by themselves... they are the coaches, managers and everything. There are a lot of qualified women coaches," stated the Banyana deputy coach.

"The first group [of women coaches] that did CAF A Licence, I think we were 28, some of them are coaching in schools. It's the matter of trusting them. Maybe when the professional league is launched next year, this will improve."

Banyana booked their maiden World Cup ticket by finishing as runners-up in the Africa Women's Cup of Nations, concluded in Ghana last week. The draw will be conducted in the host country France tomorrow.

"We are hoping for a fair draw, that's all we can ask for because it's our first time going there. Obviously we can't go there with big hopes but then, we want to do well progress past group stages," noted Mbuli.