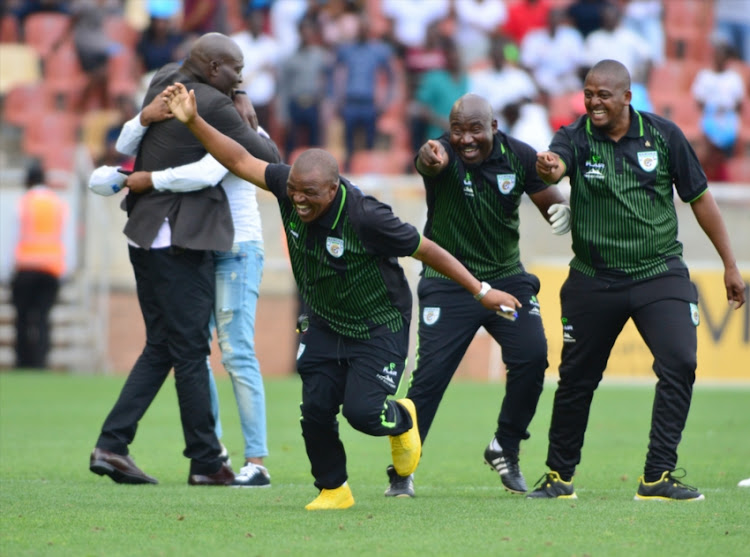 Baroka FC players and technical team have been promised half of the prize money if they win or finish runners-up in the Telkom Knockout final against Orlando Pirates at the Nelson Mandela Bay Stadium on Saturday.

Baroka boss Khurishi Mphahlele confirmed that the club will go 50/50 with the players and the technical team regardless of the result in their first major cup final appearance against the Buccaneers in Port Elizabeth.

The Telkom Knockout winners will pocket a whooping R4m while the losing finalists will take home R1.5m to add to the R250 000 participation fee that will be given to all the clubs.

“We have agreed with the players and the technical team that we will go 50/50‚” said Mphahlele.

“They have done well to reach the final and this shows that we are heading in the right direction.

"When I see the team play‚ I can see that we are progressing well and this is proved by the fact that we are in the final.

"Playing in the final with the whole country watching will be good for the confidence of the players for the remainder of the season and also for our brand.”

Mphahlele praised coach Wedson Nyirenda for the sterling work he's done at the club since the beginning of the season and challenged the side to maintain the momentum as the league campaign is approaching the business end.

“The coach must get credit because he has done very well for us since he arrived here‚" Mphahlele said.

"He is an experienced coach who has coached his national team and I want us to challenge for league championship next season.

"We have assembled a good team and I believe that if we continue at this rate we can even do much better next season.”

The transfer window opens next month and Mphahlele said they have already boosted their squad with the acquisition of highly-rated 30-year old attacking midfielder and Zimbabwean international Rodwell Chinyengetere from FC Platinum.

“We have already signed Rodwell from Zimbabwe and I am expecting to make a few more acquisitions during the transfer window‚" he said.

"The area of focus is scoring goals and we need one more striker who can score goals regularly.

"We are happy with the contribution that our attackers like Onkabetse Makgantai‚ Ranga Chivaviro and others are making but we are always looking to strengthen.

"I am excited about the future but first up is this final against Pirates‚ which would be really good for this team to win.”