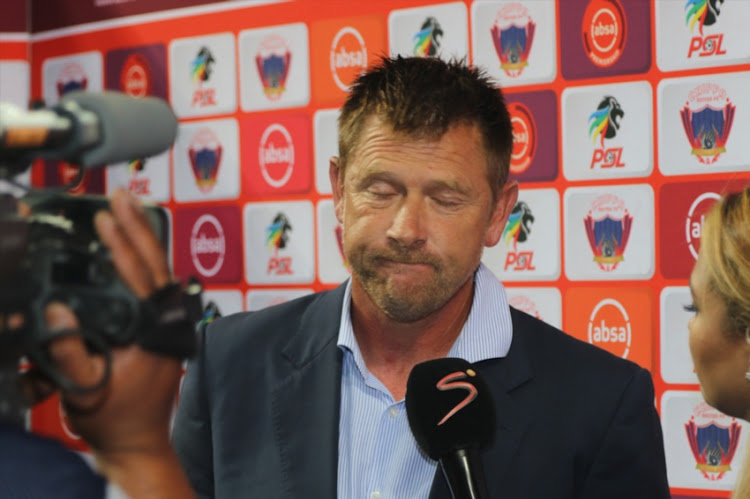 Chippa United are remaining tight-lipped regarding rumours of the alleged sacking of the club’s head coach Eric Tinkler.

On Sunday morning‚ news of Tinkler's axing did the rounds on social media but the Chilli Boys’ chief executive officer Peter Koutroulis said he had no knowledge of an axing.

The news of Tinker's alleged sacking comes after the team’s 1-0 loss to AmaZulu at Nelson Mandela Bay Stadium in Port Elizabeth on Friday.

The former SuperSport United mentor's departure at Chippa would come as no surprise considering Mpengesi’s notorious trigger finger when it comes the hiring and firing of coaches.