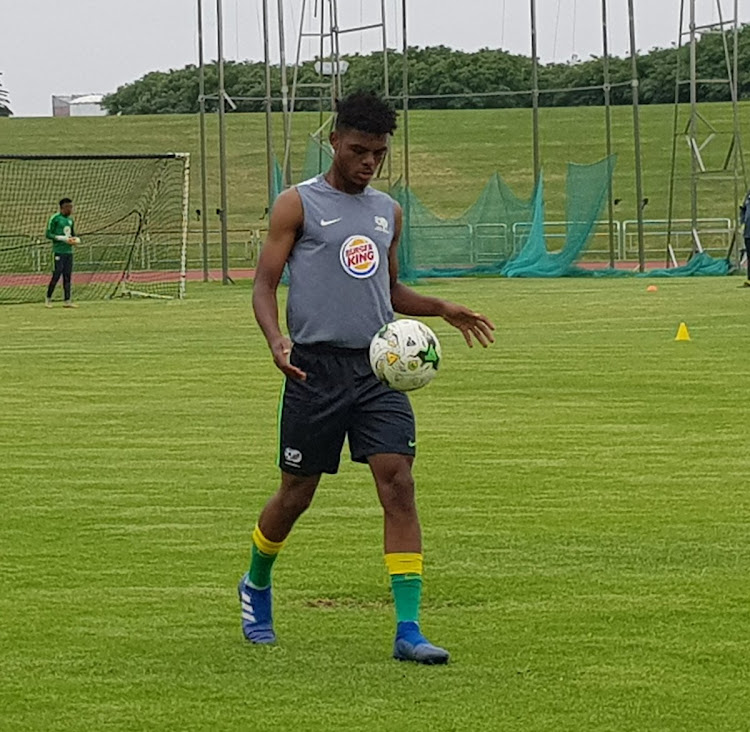 Orlando Pirates forward Lyle Foster will once again spearhead the South Africa attack after their squad was finalised for the Cosafa Under-20 Championships in Zambia next month as coach Thabo Senong trimmed his final selection down to 20 players.

Foster was a key player in helping the team lift the title last year‚ scoring three goals and laying on a number of others with his powerful displays up front.

Meanwhile‚ Borussia Dortmund teenager Tashreeq Matthews has also been included in the squad.

Matthews‚ who featured for the Dortmund Under-19 side in their Uefa Youth League victory over Belgian side Club Brugge on Wednesday‚ will be among the star attractions for the tournament that gets under way on Sunday.

He is the second overseas-based player in the squad along with Vitoria Setubal goalkeeper Buhle Damane‚ with Ajax Amsterdam’s Dean Solomons injured‚ and Schalke defender Bradley Cross and Sanjoanense winger Kobamelo Kodisang not available.

Senong has stated that he will use the tournament for preparation for the 2019 African Under-20 Championships that will be played in Niger in February.

Amajita goalkeepers hard at work in training as we look to defend our COSAFA Youth Championships title in Zambia from 3-15 December 2018 @BurgerKingZA @COSAFAMEDIA pic.twitter.com/uddFp4Mrnj

The draw for the pool stages will be made on December 13.

That competition in turn serves as the qualifiers for the 2019 Fifa Under-20 World Cup in Poland in May/June.

South Africa have been drawn in Group B at the Cosafa Championships and start their campaign against Mauritius on Monday.

They will then face Namibia three days later before they round out their pool play against Eswatini on December 8.

Only the top team and the best place runner-up advance to the semi-finals.

Amajita training session underway in Germiston as they continue to prepare for the 2018 @COSAFAMEDIA @BurgerKing pic.twitter.com/dv1kL3gdkC

Amajita training session underway in Germiston as they continue to prepare for the 2018 @COSAFAMEDIA @BurgerKing pic.twitter.com/ASbYlCJxlF