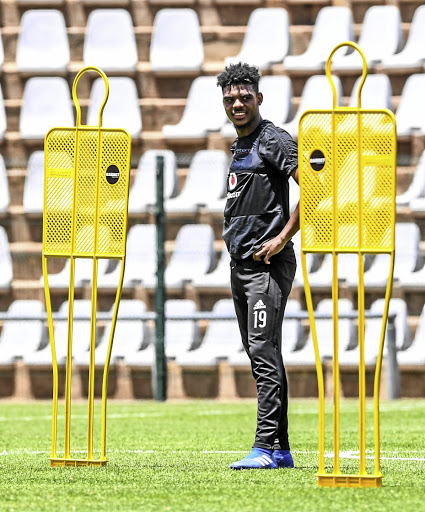 Foster, 18, will be joining French League 1 giants Monaco in January on a five-year deal. The move to Europe might give the Pirates youngster an opportunity to work with Henry as the former Arsenal ace currently manages the side.

"Anyone would be looking forward to work with him [Henry]. He was a top striker and now he's a top coach. I cannot wait to learn from him," said Foster on the sidelines of the Discovery Water Sisulu Soccer Challenge launch in Sandton yesterday.

"I am still an Orlando Pirates player. But it's God's will that I am going to Monaco. I just have to take it and follow it. It's good that SA players are moving to Europe at a younger age."

South African Under-20 national team coach Thabo Senong has named a provisional squad of 28 players for this year’s Cosafa Championship to take place ...
Sport
3 years ago

In its 16th year, this competition starts on Saturday at Soweto's Nike Centre. It is contested by 64 clubs mainly from Soweto and its surroundings.

"This tournament was crucial in my development. I was still under 17 years of age when I was playing in this tournament and I was a Pirates academy player. I used to play with older guys, which toughened me up," Foster recalled.

As much as he's ecstatic about his French switch, Foster, from Noordgesig, near Soweto, has reiterated his concentration was still on contributing to Bucs' targets. The SA under-20 international aims to clinch the Telkom Knockout as a partying shot.

They face Baroka in the decider at the Nelson Mandela Bay Stadium next week.