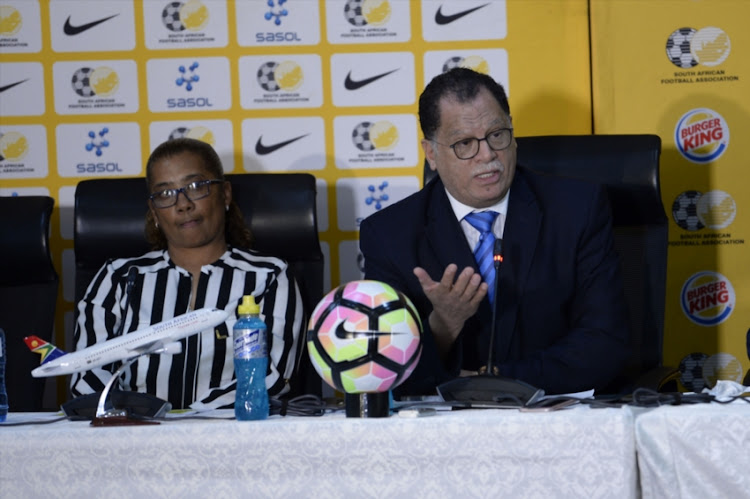 South African Football Association president Danny Jordaan has hailed Banyana Banyana’s triumphant march to a maiden qualification to the Fifa Women’s World Cup as the culmination of years of hard work by all those who are associated with the domestic game.

Goals from tournament leading scorer Thembi Kgatlana and Lebogang Ramalepe saw the South Africans beat Mali 2-0 in the semifinals of the 2018 African Women’s Championship in Ghana on Tuesday night to book a place in next year's global showpiece to contested by 24 countries in France.

“It was a tremendous effort on the part of the team‚” said Jordaan after Banyana also earned a place in Saturday’s Women’s Championship final against 10-time continental champions Nigeria.

“From the first match and perhaps it was a good to start off against Nigeria.

“The fact Banyana managed to beat Nigeria gave them a boost and huge level of confidence that if they can beat Nigeria that we can beat everybody.

“It was a good start for them to the tournament.”

Asked if he was surprised by Banyana’s progress under coach Desire Ellis‚ Jordaan said Banyana got the best preparation before the Awcon in Ghana.

"Look we took this team to the United States in Chicago and we lost 1-0 and at that time the US were the world champions.

“Banyana also played a 0-0 against Brazil and in Reunion against France we lost 2-0 and 2-1 against the Netherlands and Sweden 2-1.

“In all those matches you could see that they had opportunities to draw or even win the match.

“In the match against the US I can still see that cross and the goalkeeper fumbling it. Other than that‚ when it comes to playing‚ these girls can play football.

“Banyana are in my view the best team in this African Cup of Nations.

“So I believe that we’ve got a very good chance to win against Nigeria on Saturday.”

Jordaan said he was leaving South Africa on Thursday to support Banyana in the final which will be played in the Accra National Stadium on Saturday.

Banyana have never won the Awcon but have been runners-up on more than one occasion.

The South Africans reached the semifinal after beating Nigeria 1-0‚ Equatorial Guinea 7-1 and drawing 1-1 with Zambia in their Group B matches‚ where Kgatlana scored four goals before adding another strike in the match against the Malians.