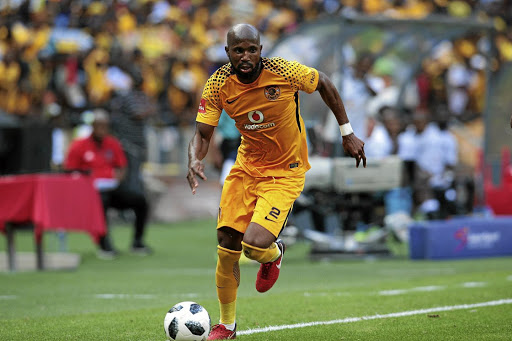 Ramahlwe Mphahlele confident that Chiefs will do well in the Confederation Cup. / Veli Nhlapo

Kaizer Chiefs defender Ramahlwe Mphahlele admits the CAF Confederation Cup is not the easiest tournament to play in, but says the players are prepared to fight their way through to the group stages of the competition.

The Soweto giants kick off their journey in the cup when they battle Zanzibar's Zimamoto in a preliminary round of the event Nelson Mandela Bay Stadium tonight (7.30pm).

Chiefs were dumped out of the Telkom Knockout Cup by Orlando Pirates at the weekend and will be searching for redemption.

"Everybody in the camp is positive we are trying to forget about the match and move forward. We have another chapter to start which everyone is looking forward to. We want to do well in this competition. We want to go as far as we can."

"It's important also as Kaizer Chiefs (that) we do well in continental tournaments. We are looking forward to the game. We know that we are playing against a strong team.

Kaizer Chiefs need to put their weekend semifinal Soweto derby defeat behind them to avoid their disappointment spilling over into Wednesday night’s ...
Sport
3 years ago

"We are playing at home and we want to get the result so that when we go to Tanzania it (won't) be a mountain to climb. So we will do anything to win this match."

The last time the Glamour Boys took part in the competition was back in 2014 when they were knocked out by Asec Mimosas in the play-offs.

"Confed Cup is not an easy tournament to play but we want to give it a try, we want to do well in this competition. I think we have chance, we have a good squad and a very good team to compete.

"We have not played in CAF for the past few seasons. We are embarking on this journey as a team and we are very excited, we are all looking forward to compete in Africa," said Mphahlele.