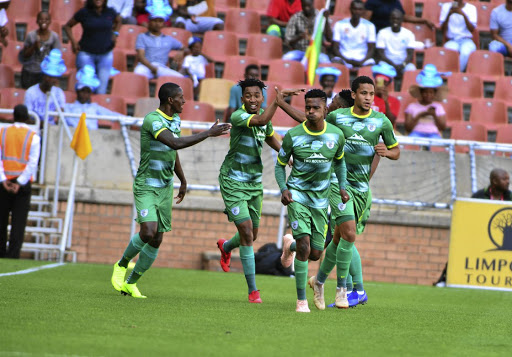 The 28-year-old's bolt-like free-kick powered Bakgaga to the final of the Telkom Knockout after a 1-0 win over Wits at the Peter Mokaba Stadium.

But for this to happen it took a single phone call from Baroka chairperson Khurishi Mphahlele to convince Mabeba to make the switch earlier this year from Baberwa in the ABC Motsepe League.

"The chairman recruited me and told me I deserve to play in the Premiership and now it feels good to have scored the historic goal for Baroka," Mabeba said.

"I am very happy with the opportunity he has given me and has never stopped believing in me. Before this game I had an injury but I told him that I will be ready and will make it."

The chap from Mathoks in Limpopo said he had a feeling that the free-kick practices he had everyday would pay off.

"This is something I do at training and the coach told me to continue practising and that I will get one soon," he added.

"I would say this is the biggest moment of my career, and [more so] scoring against the national team goalkeeper [Darren Keet]."

Wits coach Gavin Hunt expressed disappointment at failing to set up a final with Orlando Pirates.
Sport
2 years ago

The Limpopo side have had an incredible run in the R4m cup competition, slaying former champions Mamelodi Sundowns and now defending champs Wits. They also overcame Golden Arrows along the way.

Having beaten the best teams in the Premiership, the players are confident about pulling upset over Orlando Pirates in t December 8 final.

"After beating Sundowns I think we started to have that belief and we pushed harder to prove that we deserve to be in the final," Mabeba felt.

"It's a cup final. We are looking forward to playing Pirates. We know that they are a good team that is very attacking. I think we will give them a run for their money."