SA clubs begin their quest for continental glory this week 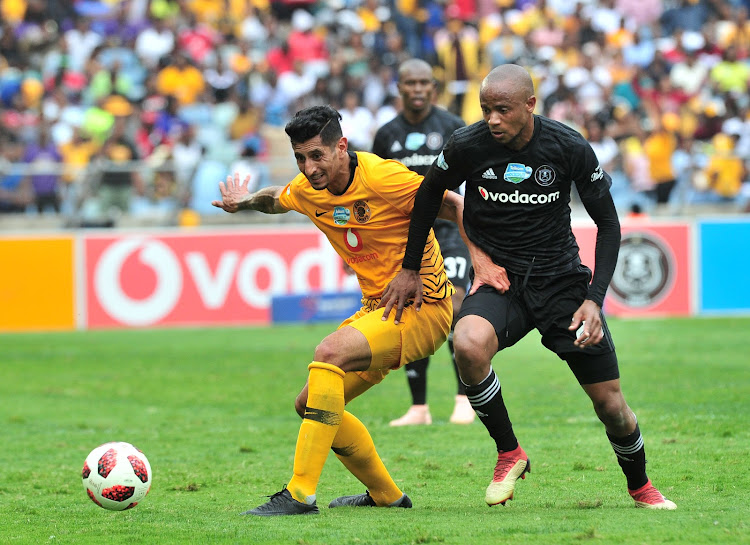 South Africa’s quartet of clubs in the African club competitions begin their quest for continental glory this week in what is the start of a grueling six-month campaign in search for glory.

None of Mamelodi Sundowns or Orlando Pirates in the Champions league‚ nor Kaizer Chiefs or Free State Stars in the Confederation Cup were given a bye at the start of their competitions and so will have play the maximum number of games if they are to lift the trophy.

For the Champions League duo that will mean adding 16 games to an already packed domestic schedule‚ while for Chiefs and Stars it is a potential extra 18 games between now and May.

Pirates make a return to the Champions League on Wednesday night for the first time since they were finalists in 2013 with coach Micho Sredojevic having stressed that it is a vital competition for them this season.

It is the reason why they made large scale additions to their squad in all positions in the previous transfer window‚ and it will be a test of how they can manage the players across three fronts with a Telkom Knockout final to come on December 8 as well.

They have been given a gentle start against Seychelles side Light Stars‚ who BidVest Wits dispatched 9-0 on aggregate in the Confederation Cup two years ago‚ but Sredojevic‚ ever the diplomat‚ is refusing to take them lightly.

"I have seen the draw for our team. I believe it's competitive. We want to take one step at a time. There is no easy opponents anymore. We need to respect every opponent‚” he told reporters.

"Our strategic target is to go step-by-step. Our first step is to enter the group stages of the Champions League."

They will play the second leg in the Seychelles next week and then face a mad dash home to travel to Port Elizabeth for their Telkom Knockout decider with Baroka FC.

Sundowns also get their campaign under way on Wednesday as they enter the Champions League for the fifth years in succession.

Coach Pitso Mosimane was desperately disappointed to exit at the group stage in 2018‚ especially as a pool in which they were heavily fancied to advance from.

They are away at Equatorial Guinea side Leones Vegetarianos‚ translated as ‘Vegetarian Lions’ on Wednesday and although it should be a routine assignment‚ Sundown have this season managed to be their own worst enemies.

The return match will be played next Wednesday at Loftus Stadium.

Kaizer Chiefs have decided to take their Confederation Cup match against Zanzibar minnows Zimamoto to the Nelson Mandela Bay Stadium on Wednesday night.

While Chiefs supporters will be more consumed with domestic matters following their Telkom Knockout loss to Orlando Pirates on Saturday‚ this does present an opportunity to put on a big score for a side who have won just six of their 19 matches in all competitions this season.

Even for this stuttering Chiefs team‚ this should be a handsome home win and coach Giovanni Solinas is likely to throw some fringe players into the mix.

Free State Stars play their first ever match in African club competition against Rwandan side Mukura Victory Sports at the BidVest Stadium in Johannesburg.

The move is in part to cut costs as if Stars had wanted to play the game at their usual Bethlehem home they would have had to fly the entire Rwandan entourage to Bloemfontein as CAF do not allow visiting teams to travel more than 200-kilometres by road.

It will be a feature of Stars’ campaign for as long as they stay in the competition‚ but should not worry co-caretaker coaches Sly Mosala and David Vilakazi‚ who have taken charge of the side after the departure of Luc Eymael.