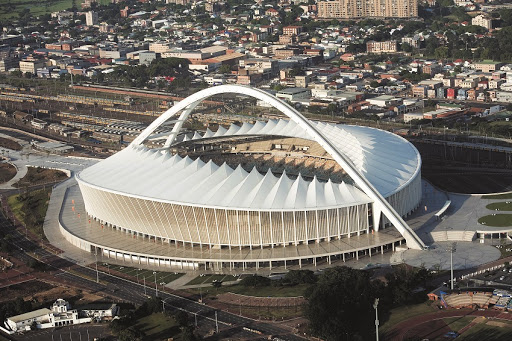 Chiefs have used Moses Mabhida as an alternate venue for the past few seasons‚ playing usually three or more matches a campaign in Durban‚ so they might be the more familiar of the two teams with the surroundings‚ Parker said.

They also won their last match in the Telkom at the venue‚ beating SuperSport United 1-0 in the quarterfinals there on November 4.

Delving further back‚ Amakhosi also beat Pirates 1-0 in the 2014 MTN8 final at Moses Mabhida‚ which was the last Soweto derby in Durban.

Among players still in Chiefs’ line-up from that match are Parker‚ Itumeleng Khune and Willard Katsande.

“Moses Mabhida has been good to us for the past years. And with our home ground advantage we’ve got the know-how in terms of the facility‚” Parker said.

“And‚ yes‚ it’s a good memory for us that we lifted the MTN8 trophy there against the very same opponents. That should be a plus as well‚ having that memory.

Chiefs will need all the advantages they can get.

Pirates are most pundits’ favourites for Saturday’s semifinal. They were convincing beating Amakhosi 2-1 in the league last month‚ and are in better form as leaders of the Absa Premiership‚ while hot-and-cold Chiefs sit in fifth place.

Parker said Chiefs will need a positive mentality to overcome the odds and beat Bucs.

“For us as top professionals we have to gather all positives for us to go into the match in a positive frame of mind‚” the ex-Bafana Bafana striker said.

Orlando Pirates will avoid penalties like the plague against Kaizer Chiefs

Orlando Pirates intend to avoid going into a penalty shootout against Soweto rivals Kaizer Chiefs in the Telkom Knockout semifinal at Moses Mabhida ...
Sport
3 years ago

“We are well aware it won’t be an easy one. But then the positive attitude that we have in the team can be enhanced by sharing our experiences‚ our talks‚ our vision and our philosophy on how we’re going to overcome our opponents.

“The coach [Giovanni Solinas] has mentioned that our preparations have been more about how we can improve in all aspects of our game. Our system‚ our movements‚ and all characteristics that we need to improve on as individuals‚ as players and as a team.

“The coach has also mentioned that we – and I can attest that it is true – have been improving as a team with solidarity‚ unity and our fighting spirit as well.

“But for me‚ I think‚ it’s now for us to improve more‚ and for us to go the extra mile to get into the final.”

FNB Stadium was unavailable for Saturday’s semifinal due to a pre-booked prayer meeting there.

Tickets for the derby at Moses Mabhida sold out within two hours of going on sale.