Who are the Soweto derby scorers? 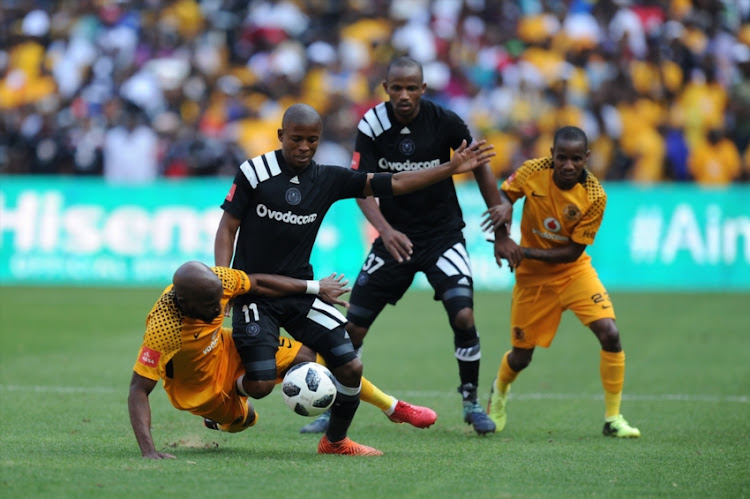 Only six players on either side have ever scored in a Soweto Derby as Kaizer Chiefs prepare to host bitter rivals Orlando Pirates in the Telkom Knockout semifinals in Durban on Saturday.

Derby goals have been hard to come by of late‚ with 28 scored in the last 18 games‚ and among the current squads the pickings are slim.

Stalwart midfielder Willard Katsande and veteran forward Bernard Parker have netted two each‚ while Joseph Malongoane and Erick Mathoho have also scored before.

Khama Billiat and Leonardo Castro‚ the lead forwards for the club this season‚ have at least both found the back of the net also‚ and they will be the chief threat again for Pirates on Saturday.

The Buccaneers also have six former Derby scorers in their squad‚ including the much-maligned Thamsanqa Gabuza‚ who has two goals along with Luvuyo Memela.

Happy Jele grabbed a goal in this fixture all the way back in 2011‚ while Thembinkosi Lorch‚ Vincent Pule and Innocent Maela are also scorers among the current set-up.

All of these players have a long way to go to match the Derby scorers of the past though.

The record of former Chiefs star Pule ‘Ace’ Ntsoelengoe will surely never be beaten as he amassed 19 derby goals and any player who nets that frequently for Chiefs or Pirates would be swiftly moved on to Europe before he gets close to that mark.

Teenage Dladla‚ Shaka Ngcobo and Marks Maponyane each scored 11 Derby goals‚ though the latter netted 10 times for Chiefs and once for Pirates as he played on both sides of the divide.

Kaizer Motaung himself netted eight times against his former side Pirates in the early days of the fixture.

The leading scorer for Pirates in Derby history is Jomo Sono with nine goals‚ with no contemporary player getting close.

We are left to wonder what the late Lesley Manyathela might have achieved had his life not been cut short at the age of 21 in a car accident‚ by which time he had already scored three Derby goals‚ though he too was surely destined for a move overseas.